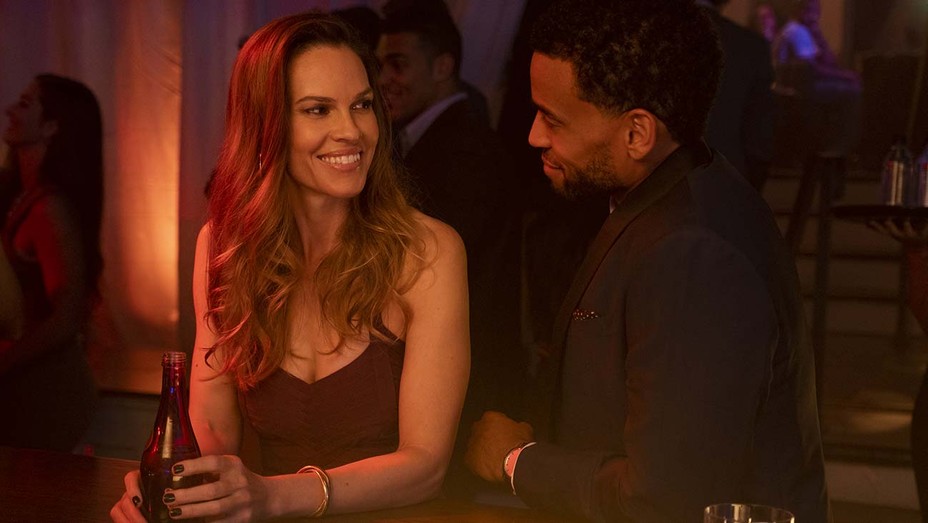 Our film begins with a cozy fire gathering of a couple of couples that transitions into a conversation between Derrick (Ealy) and Micaela (Hawk) fighting about Hawk wanting to branch off and do her own thing.

Next, we see Derrick taking to Rafe while they are out in Las Vegas for a boys trip, and Derrick is concerned that Micaela is cheating on him, which in turn he well, cheats on his wife (makes sense, right).

Although Derrick treats things like never happened, as he feels a little guilty, he approaches the idea of starting a family with Micaela. As they lay in bed, a noise happens, and someone breaks into their house, and Derrick fights them off. As the police arrive, Detective Quinlan (Swank), who just so happens to be the woman Derrick cheated with.

As we begin to peel back the film’s layers, I have to give David Loughery credit for adding multiple twists and turns that keep you guessing on what is going on. It enhances what you think will be a simplistic style of film that we typically see in this genre.

Before I go any further, Hilary Swank was masterful in this as Detective Quinlan. She was ruthless, psychotic, and downright scary. She played the role to perfection, and how she manipulated the viewer in several instances to showcase her fantastic range of acting.

Last, as the film begins to tie up its loose ends, I felt like they got to a point where they weren’t sure what to do next, and it killed the momentum of which they built for the last hour and fifteen minutes. What could’ve been a very good movie ends up missing out because of these last 20 minutes.

Hilary Swank shines bright as ‘Fatale’ misses out on what could have been.