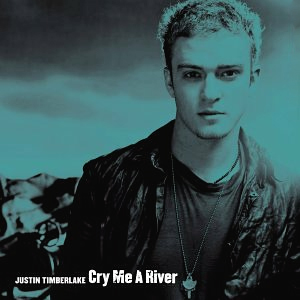 Break-ups can be messy in the music world. Singers have their medium to work through their emotions and if their song becomes a hit—or a career (Taylor Swift)—then we have this strange ringside seat as we pick through their heartache.

I’ve been thinking a great deal about break-ups since we recorded this week’s 50 Years of Music w/ 50 Year Old White Guys podcast for 1981. As Ben finished his take on Marvin Gaye’s “Sexual Healing,” Jeff brought up a mind-blowing bit of biography: that when Gaye and his wife divorced in the mid-70s, the settlement called for her to get half of the profits from his next album.

This was a terrible miscalculation.

He went into the studio and unloaded a lot of his feelings. Kind of, actually, all of them. I think it’s fair for one to say he wasn’t at his musical best. And although some critics have gone back and tried to point out an underlying genius to the work, it must be really deep, deep down. I mean, I’ve listened to the album three times this week and the only genius I can really find is in the title of the album: “Here, My Dear.”

Of course, the best comeuppance for such a settlement would be for Gaye to tank the album and have it be a commercial flop; his ex-wife’s big power play would be for naught. And yes, it flopped—commercially and critically at the time—and Gaye admitted he wasn’t about to break his back when his ex would take much of the money.

But Gaye also indicated he was absolutely drained by the end of it—it ended up being a double album—and some of the tracks featured Gaye coming straight from lawyer meetings and just talking over dudes playing a soul riff. The defining song of the album is the straightforward-ly titled, “When Did You Stop Loving Me, When Did I Stop Loving You.” Here’s Gaye putting it all out there:

Do you remember all of the bullshit, baby?
You say you love me with all your heart
If you ever loved me will all of your heart
You’d never take a million dollars to part

Gaye took his break-up, put it on an album, and sold it as a part of the healing process. Whatever you may think of the album, you can’t help but note it’s an extraordinarily weird situation. She’s getting half of the money that his—at times—tirade against her might earn. As it turns out, it didn’t earn a whole lot.

But just imagine if Britney got a piece of “Cry Me a River”?! When emotional investments start mixing with financial ones, we’re in a weird territory as fans.

Not, however, unchartered territory.

Stevie Nicks and Lindsay Buckingham joined Fleetwood Mac together, as a couple, and I’ll let you track down on the internet where their relationship fell apart. But from the fiery remains of their love, Nicks writes the song, “Silver Springs”. In it, she lays bare Buckingham’s infidelities, curses him for them, and predicts that her voice will haunt him for all his days.

This performance is over twenty years after their break-up! Buckingham, tour after tour, year after year, must play the song he himself inspired—the song where he’s the cheating bastard who destroyed their relationship. Not cool.

Our takeaway, of course, is that you should never date someone who you work with. I remember in my twenties I worked at a restaurant and after a sad break-up, on a busy Saturday night, I asked my newly ex-girlfriend if she could drop two salads on table 16.

“You can drop your own fucking salads.”

It was harsh, but I gotta admit I’ll take that over a double album.

One thought on “Sexual Healing Indeed”