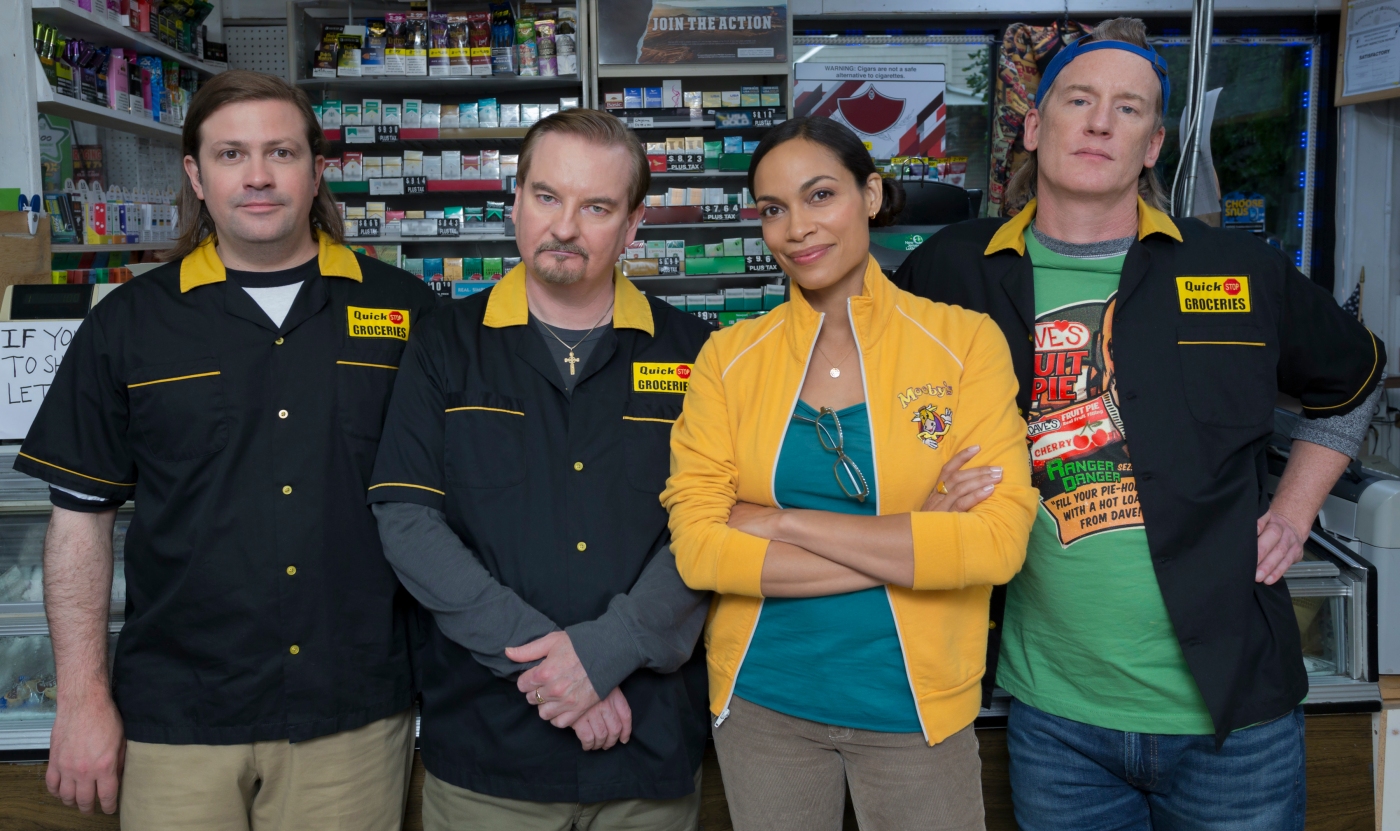 We have the return of Jay and Silent Bob in Clerks III. Is the movie worth checking out? I share my thoughts on the film below.

Following a massive heart attack, Randal enlists his friends and fellow clerks to make a movie immortalizing his life at the convenience store that started it all. The film stars Kevin Smith, Rosario Dawson, Brian O’Halloran, Jeff Anderson and Jason Mewes.

Lionsgate, in partnership with Fathom Events, will be releasing CLERKS III exclusively in theaters starting September 13th through September 18th.

We rarely see movies that are willing to go all out to reel in the viewer with no-nonsense fun at the beginning of the film. Well, Kevin Smith set the mission early to say, “hey, we are back, and we are fun,” with a montage of the store opening set to the song Welcome to the Black Parade, and it is single-handily one of the best openings of a film I have seen in quite some time.

As the crew hangs out at the store, Randal has a heart attack, and everyone is freaking out! After some wild events at the hospital, the doctor saves Randal from dying. However, the doctor informs Dante that he needs to help Randal eat better because they could be here all over again. The heart attack opens Randal’s eyes to see that he hasn’t done much with his life and needs to start living life to the fullest. Dante says, I always thought you could make a movie, which inspires Randal to make a movie.

Next, Randal decided to use the store and his story to make a movie. We get a hell of a montage of auditions with some genuinely incredible cameos. It was perfectly written that made you laugh your ass off throughout the entire bit.

In a year filled with nostalgia that has been hit (Top Gun: Maverick) and miss (Jurassic World: Dominion), I was intrigued to see if Smith could bring back the laughs again, and well, he did. You have all the actors returning to play their greatest hits one last time, with Smith penning one funny script that had a ton of heart and emotion to it. I didn’t think I would be as emotional as I was watching the film in that third act. It was genuinely beautiful. Dare I even say this might have been the best Clerks film yet?

Overall, fans of the CLERKS franchise will not be disappointed one bit. The film has a funny script, fun cameos, and is filled with some good nostalgia. I highly recommend checking this one out!