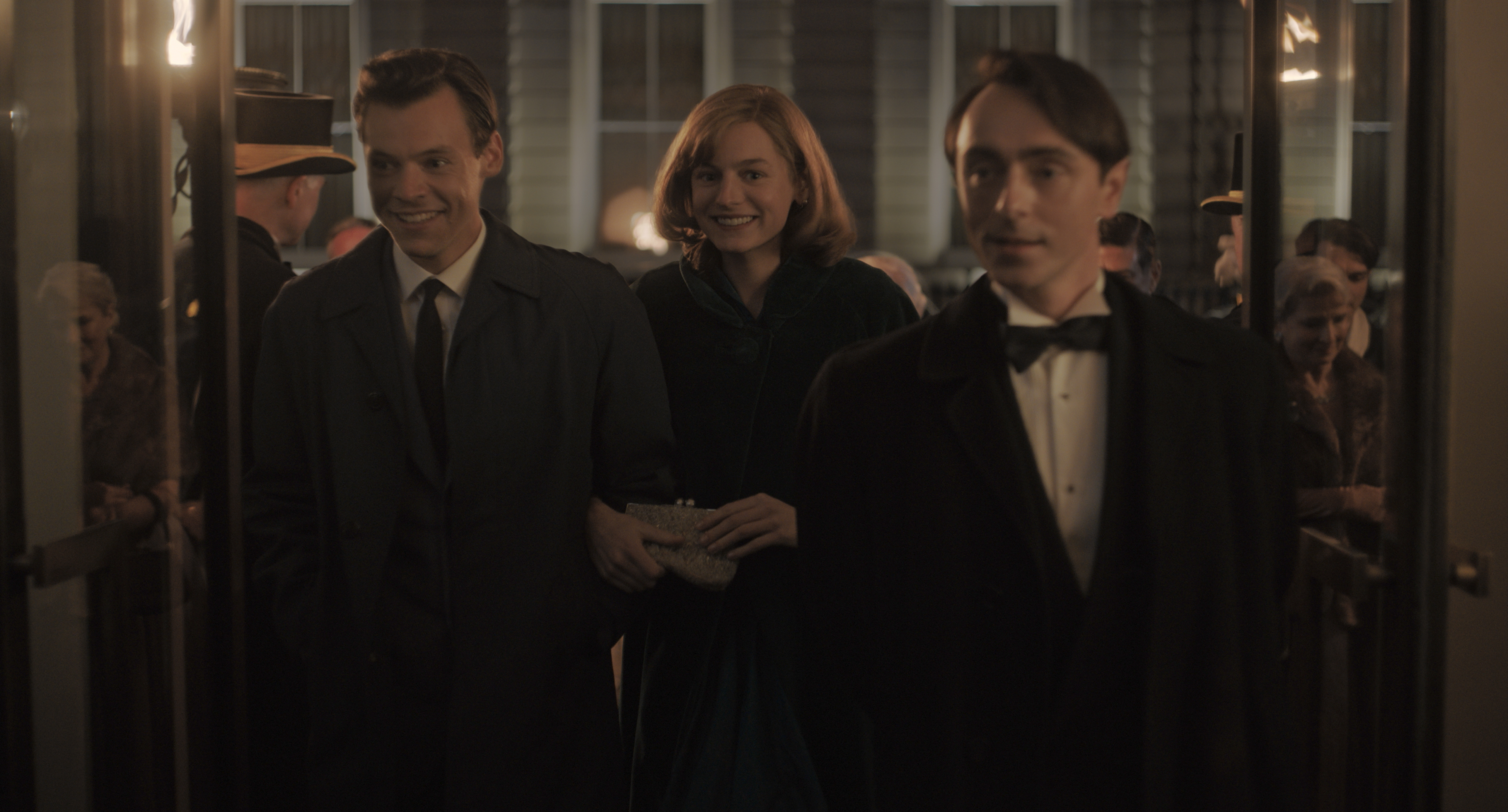 The official trailer for the Harry Styles-led film MY Policeman has arrived and we have it to share with you.

My Policeman Opens in Theaters on October 21, 2022
Globally on Prime Video Starting November 4, 2022

A beautifully crafted story of forbidden love and changing social conventions, My Policeman follows three young people—policeman Tom (Harry Styles), teacher Marion (Emma Corrin), and museum curator Patrick (David Dawson)—as they embark on an emotional journey in 1950s Britain. Flashing forward to the 1990s, Tom (Linus Roache), Marion (Gina McKee), and Patrick (Rupert Everett) are still reeling with longing and regret, but now they have one last chance to repair the damage of the past. Based on the book by Bethan Roberts, director Michael Grandage carves a visually transporting, heart-stopping portrait of three people caught up in the shifting tides of history, liberty, and forgiveness.