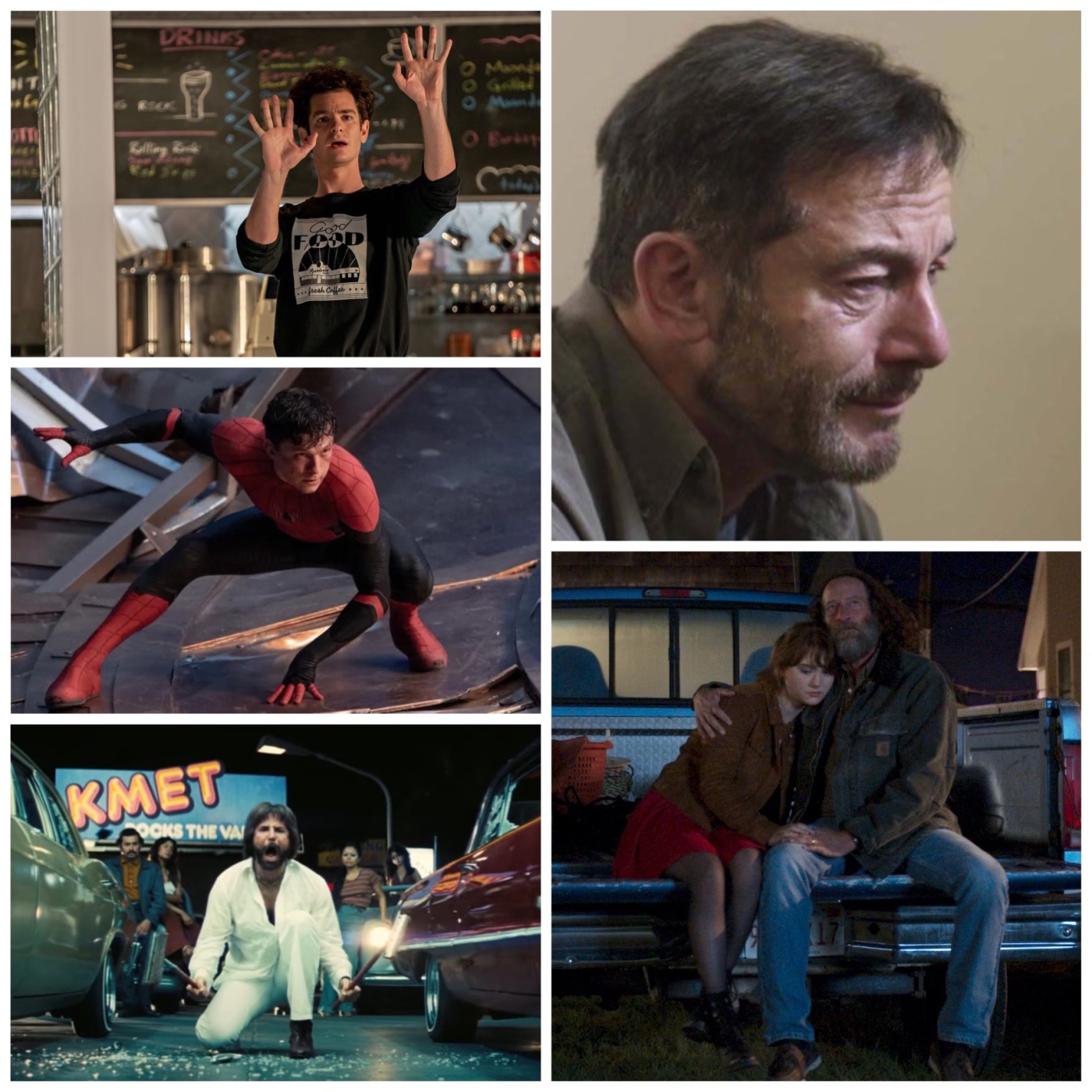 2021 gave us a number of fantastic performances. I compiled my favorite supporting and lead actors from this year.

“(Pause) I’m gonna kill your family if you fuck up my house. You got a cat? Dog? Brother/sister? I’ll choke your fucking brother out right in front of you.”

Bradley Cooper only had around 10 minutes of screen time – this is on the higher end, it was probably less – but he stole every single second of it. His scenes were mixed with the sort of tense and off kilter comedy we are used to expecting from Cooper. He was perfectly manic, and the only problem was that he didn’t have more time in this role.

9. Filippo Scotti – The Hand of God

Filippo Scotti in The Hand of God never ceased to amaze me throughout the movie. As an unknowing and curious teenager, Scotti’s Fabietto had to learn to grow up fast and on his own. Two scenes stick out to me as a real test of Scotti’s acting talent: In a hospital when Fabietto learns some tragic news, and in the school yard when he finally comes to terms with it. Each of these scenes display some fine tuned acting that took me by surprise, but showed how naturally talented Scotti is.

8. Denzel Washington – The Tragedy of Macbeth

I am going to spit a hot take here that I know is wrong so you don’t have to yell at me; I have never been too taken away by Denzel Washington. I have always thought he was good, but from what I have seen, and I haven’t seen some of his best, I have thought he was just good. That was, until The Tragedy of Macbeth. Washington here blew me away with his performance as Lord Macbeth. He was as into this role as I have ever seen him, and every single beat and Shakespearean line of dialogue was made more by Washington’s powerful performance.

Willem Dafoe has already created one of the best Comic Book Movie villains with his turn as Norman Osbourne/Green Goblin, so in Spider-Man: No Way Home Dafoe easily could have just collected his – very large – check and moved on. He, along with Alfred Molina who was in the honorable mentions, instead decided to give as much to the character now as he did back in 2002. At the young age of 66, Dafoe requested ton do his own stunts, and the dichotomy between Norman Osbourne and the Green Goblin were magnified in a glorious way. Dafoe’s ability to turn on a dime from friend to foe was magical watching, and whenever he was on screen you could tell something powerful was going to happen.

Cooper Hoffman is an 18 year old, playing a 15 year old, who basically plays a 30 year old. As the son of the late great Phillip Seymour Hoffman, it is easy to tell he is his fathers son when it comes to acting. Phillip Seymour Hoffman had a natural charisma that caused him to take over any and every scene he was in, no matter the size of the role. The same can be said about Cooper Hoffman, who in Licorice Pizza plays a guy who plays so many different characters over the course of the film. He has the childhood naiveness, but also can be the most mature person in the room. Hoffman’s Gary has his life together in a way that most people, including Gary’s love interest Alana, don’t.

Richard Jenkins was always the dad in Step-Brothers who wanted to sail the ocean and be a dinosaur for me growing up. Over the past few years, however, I have really been able to see Richard Jenkins give some truly fantastic performances in films like The Shape of Water and Nightmare Alley, but none of his performances can rival how magnificent he is in The Humans. Jenkins gave the performance of his life as a father who is out of touch with the world and his children. This panic attack of a movie gives us Jenkins on the verge of a meltdown the entire time, and when the ticking bomb inside him finally does go off, it is a heartbreaking and tense moment that shows how amazing Jenkins really is.

Troy Kotsur stole the screen and our hearts in the heartwarming film of the year in CODA. As one of the deaf parents of Ruby (Emilia Jones), Kotsur brought the humor and the heart to every scene. His comedic timing was perfect in that “awkward dad” sort of way, and his emotional scenes were just as strong. Kotsur was able to break our hearts, mend it together, and then fight for us along the way. If Jason Isaacs doesn’t win supporting actor… it should be Kotsur, period.

Tom Holland could have just shown up and done the same things he has been doing all throughout the MCU, and it would have worked. However, he didn’t do that, he took the Spider-Man/Peter Parker that we have come to know and upped it to the next level in a beautiful and traumatic way. The most emotional Spider-Man/MCU film would not have worked as well without Holland’s range of pain, guilt, and acceptance. It’s one of the best Comic Book Movie performances ever, and certifies that he is the best Spider-Man/Peter Parker.

Jason Isaacs performance in Mass should go down as one of the all-timers. He is electric every moment on screen and displays such an uncontrollable range of emotions, it’s amazing we have never seen this from him before.