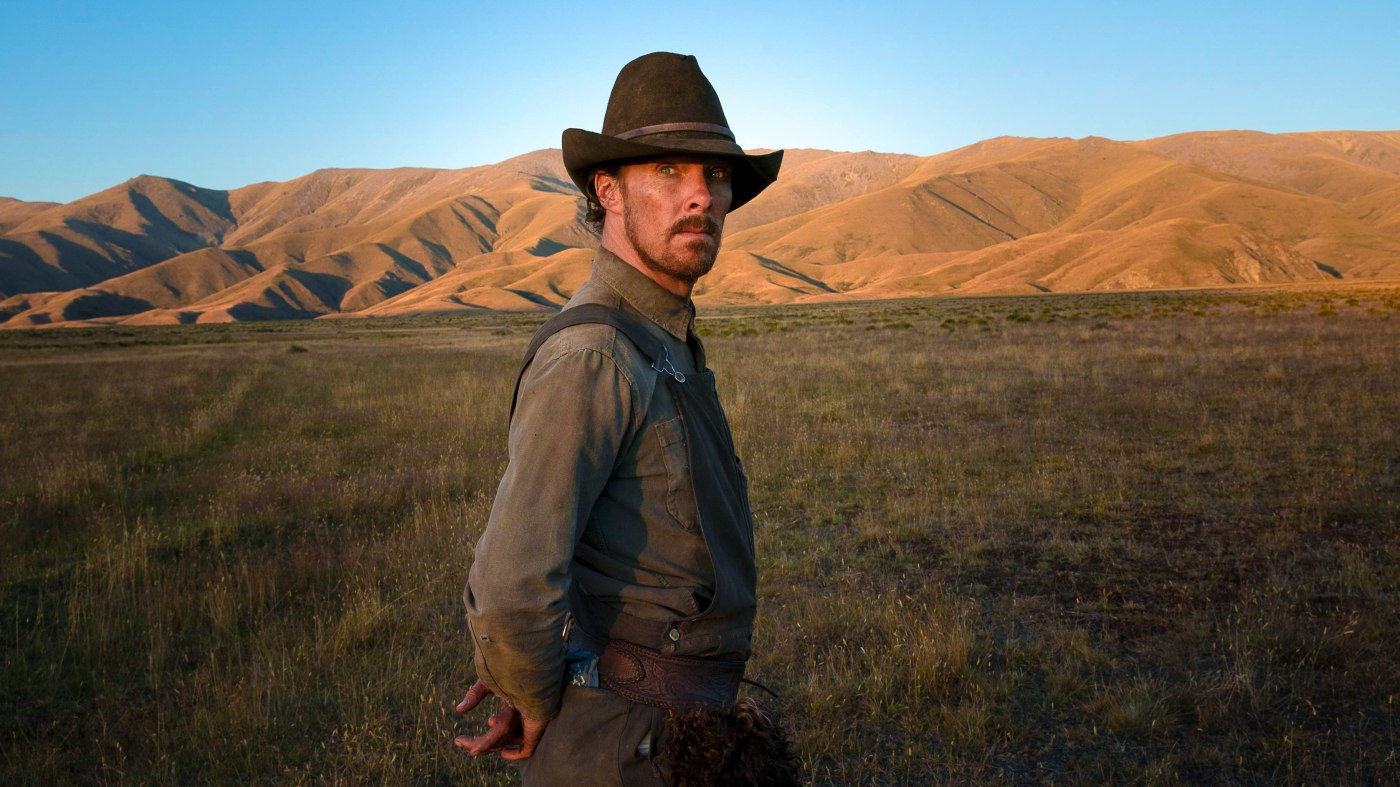 Jane Campion’s The Power of the Dog is a slow burn examination of the fragility of man and the deconstruction of the ideal wife. Charismatic rancher Phil Burbank (Benedict Cumberbatch) inspires fear and awe in those around him. When his brother George Burbank (Jesse Plemons) brings home a new wife, Rose (Kirsten Dunst) and her son, Peter (Kodi-Smit McPhee) Phil torments them until he finds himself exposed to the possibility of love. We follow Phil and George into town, as they need room and board for the night. During this period, or rather this first act, as Campion brilliantly broke down each section to highlight certain moments that would add another layer to these characters, we get a sense of their brotherly relationship. Phil Burbank was set in his ways; he honoured his best friend and mentor Bronco Henry by being the best man on the ranch that he could be. Phil was one with nature and was proud to be doing the work that he was doing.

On the other hand, George was more reserved and diplomatic, felt like he was the face of the family. He took care of the home finances, and the Burbank name. Phil and George have distinct characteristics and appear to be polar opposites; one as the hotheaded brother and the other more self-contained. Both performances from Cumberbatch and Plemons were fantastic, but this may be the best performance of Cumberbatch’s career so far. The way Campion peeled back the layers of Phil Burbank in each chapter made him one of the most interesting characters to watch throughout this film. The viewer questions what more could he be hiding; Cumberbatch had this tough exterior and he also showed he had a wounded heart, that he was in fact broken. He very much lived in the past, reeling in the memories of Bronco Henry and longing to feel that connection again with someone who truly understands him.

As they stay in this little town, George befriends a woman name Rose (Kirsten Dunst) at the local restaurant. Her husband had passed on and her son has stayed with her to help serve the guests. There is this heated moment between Phil and her son, Peter (Kodi-Smit McPhee) one night that set everything into motion. George and Rose come from different social classes, which eventually hurts Rose in the long run. She must carry herself differently in front of George’s colleagues and friends, causing her to eventually spiral out of control because of the high standards George inadvertently places on her. When Campion gets to Rose’s section and dissects the ideal housewife, she presents the anxiety and genuine fear that comes with disappointing her husband during that period. Thus, resorting to a dangerous vice in alcoholism, which also causes a domino effect of poor decisions.

The Power of the Dog is one of the most beautifully shot films of the year, thanks to Ari Wagner. It has a fantastic score by Jonny Greenwood that adds to the anticipation of each fork in the road for the Burbank clan. Greenwood has a knack for making the simplest conversations feel eerie and off-putting. He was the perfect choice to compose the score for this multilayered western. The more you sit with this film, the more you appreciate how Campion incorporated so many important aspects set in the early 1900s. Both men and women had to put on a front in order to hide their deepest secrets, which eventually would lead to their own destruction. The cast was perfect in order to tell this story but Cumberbatch and Dunst were the standouts and have never been better.