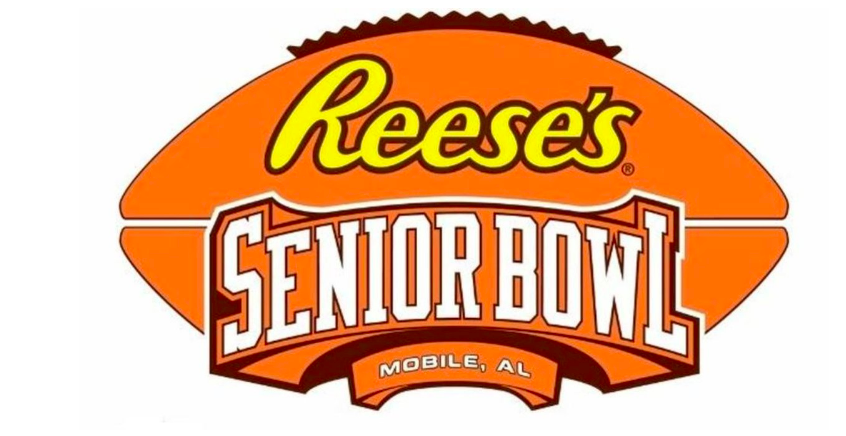 We have some huge news to share from our friends down at the Senior Bowl about some Staff changes for the upcoming season.

Mobile, AL – The Reese’s Senior Bowl, the first stage of the pre-draft process that
showcased 40 percent of the entire 2022 NFL draft class, including 45 of the top 100
players, is excited to announce numerous staff changes in preparation for the 74th annual
game that kicks off at 1:30 p.m. CT at Hancock Whitney Stadium in Mobile, Alabama on
Saturday February 4, 2023.

Matt Kelly, who has spent the past three years in various scouting roles at the Senior Bowl,
has been hired as the game’s new director of football operations, replacing Michael Coe,
who accepted an area scout role with the Carolina Panthers in May. “Matt Kelly will have a
big impact to our overall operation, not just on the football side but with everything we do
in the Mobile community,” says Reese’s Senior Bowl Executive Director Jim Nagy.
Another new hire to the game’s full-time staff is Johnny Williams, who was added as
creative content coordinator. “Johnny Williams brings a unique football background as a
Power Five player (at Duke University) to the creative side of our team. He not only
understands the game, but he is also skilled at bringing it to life through his artistic talents.”
In addition to Coe, three members of last year’s scouting team were also hired this
offseason by NFL clubs—Andy Dengler (Senior National Scout, Las Vegas Raiders), Mark
Ellenz (Area Scout, Tampa Bay Buccaneers), and Chris Watts (Area Scout, Pittsburgh
Steelers).

“Part of the reason we construct our staff the way we do is to give proven talented scouts a
chance to stay connected to the game,” says Nagy. “The hope is that some of them will get
opportunities to get back into the league after spending time with us and thankfully that
happened this year for Andy, Mark, and Chris. All three will be huge assets moving forward
for their respective organizations.”

“We believe in our process and are excited about this scouting staff,” says Nagy. “This
group is incredibly well-connected, both around the league and across college football, and
we are confident the collective professional experience will allow us to assemble the best
possible rosters for the 32 NFL clubs to evaluate.”

Director of Football Operations Matt Kelly – In his new role as director of football
operations, Kelly’s primary duties will include coordination of all scouting activities
(database management, game scheduling, scout logistics), player travel, uniforms (Nike),
game week team interviews, and communication with NFL member clubs. Kelly brings
great institutional knowledge of the Senior Bowl to his current position after spending
two years (2019-’20) as an in-house scouting assistant in Mobile and as the game’s MidAtlantic area scout last year. Prior to his Senior Bowl experience, Kelly interned for the
Philadelphia Eagles and worked in player personnel at the University of Georgia. He
received a Bachelor of Science degree in Business Administration from the United States
Air Force Academy and a master’s in Sports Administration from Ohio University.

Creative Content Coordinator Johnny Williams – Williams returns to the Senior Bowl
after serving as a scouting assistant in 2015, albeit this time in a much different role on
the creative/social media side of the operation. The former four-year letterwinner
(wide receiver/cornerback) and visual arts major at Duke University brings over 10 years
of graphic design, photography, and videography experience to his new role as creative
content coordinator. While working as a self-employed freelancer, Williams handled
projects for national entities such as Nike, Eastbay, and Overtime. His work was also
featured on NFL Network and The Golf Channel. Williams and his wife, Victoria, have
one son, Price (4), and they reside in Mobile

Brad Jackson – Jackson, a 1998 Senior Bowl alum as a player and two-time participant of
Senior Bowl Scout School initiative, played six years in the NFL with the Baltimore
Ravens and Carolina Panthers. He started five games at linebacker during the 2001 NFL
season for the historic Ravens defense that helped defeat the New York Giants in Super
Bowl XXXV. He was a two-sport athlete at the University of Cincinnati where he lettered
in both football and basketball. He finished his career as the third-leading tackler in
Bearcats history and was selected in the third round (No. 79 overall) of the 1998 NFL
draft by the Miami Dolphins. Jackson has participated in the Bill Walsh Minority
Coaching Fellowship Program with the Indianapolis Colts (2007) and the Atlanta Falcons
(2010). He has also worked extensively in the Baltimore area media since retiring.

Frantzy Jourdain – Jourdain has spent the past 19 years in the NFL scouting community,
working in both area scout and national scout capacities for the New England Patriots,
Houston Texans, and Denver Broncos. His longest tenure came with the Patriots, where
he was part of five Super Bowls and three Lombardi Trophy-winning teams. Jourdain
was widely credited with finding Super Bowl XLIX hero Malcolm Butler for the Patriots
when he was coming out of college at Division II program West Alabama. Prior to
getting into scouting, Jourdain spent the 2002 season as the secondary coach and
special teams coordinator for Duquesne University and three seasons (1999-2001)
coaching at Southern Durham (N.C.) High School.

Walter Juliff – Juliff, who has scouted for 38 years in the National Football League,
including the past three seasons as a senior advisor with the Las Vegas Raiders, is one of
the most experienced personnel men in professional football. Prior to his time with the
Raiders, he served the previous 31 seasons in the Dallas Cowboys personnel
department, where he worked under every head coach in franchise history, from Tom
Landry to Jason Garrett. Juliff held numerous roles with the Cowboys (southeast area
scout, national scout, and assistant director of college and pro scouting) and helped
build rosters for 11 NFC East Championships and three Super Bowl-winning clubs. He
originally broke into the NFL as a combine scout with the Pittsburgh Steelers and prior to that, he coached at the college (Angelo State) and high school levels in the state of Texas.

Bobby Macedo – Macedo spent the last 10 years with the Chicago Bears, initially joining
the organization as a scouting assistant in 2012 and eventually elevating to his role as
college scouting coordinator from 2015-2021. Prior to the Bears, he spent one season
as the running backs coach at Milliken University. He also worked as an undergraduate
student assistant at Temple and as a graduate assistant at Indiana University.

T.J. McCreight – McCreight has held numerous high-ranking scouting roles in his 24 years
in the NFL, including the past five years a player personnel executive with the
Philadelphia Eagles. He broke into the league with the Baltimore Ravens in 1997 as the
east coast area scout and eventually became the team’s national scout his final two
years (2003-’04). He also served in key decision-making roles as director of player
personnel with the Cleveland Browns (2004-’08), pro personnel director for Arizona
Cardinals (2009-’11), and director of college scouting for the Indianapolis Colts (2012-
’16). He played college football at Liberty University.

Chris Prescott – Prescott has worked the past 19 years in the NFL with Jacksonville
Jaguars, New York Jets, and Chicago Bears. He got his start as a scouting intern for the
Jaguars in 2002 and spent several years with the club as an area scout. He then spent
three years as an area scout with the Jets before landing a promotion as national scout
for the Bears. He was a four-year letterman at safety for Western New England
University.

Paul Roell – Roell is a veteran NFL scout with 30 years of league experience, most
recently as the assistant college scouting director of the Jacksonville Jaguars from 2013-’20.
Prior to his time with the Jaguars, he was a regional scout for seven seasons for the
Minnesota Vikings. His longest tenure came from 1991-2005 with the Indianapolis
Colts, where he served as an area scout for teams that went to the playoffs under three
different head coaches (Ted Marchibroda, Jim Mora, and Tony Dungy).

Brock Sunderland – Sunderland brings 15 years of professional football experience to the
Reese’s Senior Bowl. He broke into the NFL in 2007 with the New York Jets and spent
five seasons there in various scouting roles. He left the NFL for the CFL’s Ottawa
RedBlacks, where he served as assistant general manager for four seasons. During his
time in Ottawa, the RedBlacks made back-to-back Grey Cup appearances and won the
CFL Championship in 2016. Most recently, he was the general manager and vice
president of football operations for the Edmonton Elks. The Elks made two finals
appearances in his four seasons leading the organization.

Brian Zeches – Zeches is the lone holdover from the 2021 Reese’s Senior Bowl scouting
staff. He worked eight seasons in the NFL, including seven as the personnel
coordinator/pro scout for the Washington Commanders. In his role with the
Commanders, Zeches was responsible for both pro and college sides of the football
operation. His other NFL experience came as a scouting assistant with the Kansas City
Chiefs in 2012, where he worked with Senior Bowl Executive Director Jim Nagy. His
football background also includes two years as running backs coach at Weber State, as
well as graduate assistant positions at New Mexico and UTEP. Zeches began his college
career at Illinois before transferring Idaho State, where he played quarterback for three years.

Kalija Lipscomb – Lipscomb was invited to the 2020 Reese’s Senior Bowl after a prolific
career at Vanderbilt, where he ranks in top-10 in school history in receptions (fifth),
receiving yards (eighth), ad touchdowns (tied for second). He appeared in 48 career
games for the Commodores with 25 starts and he led the SEC with 87 receptions as a
junior. He signed a free agent contract with the reigning Super Bowl Champion Kansas
City Chiefs after the 2020 NFL draft and spent time on the practice squad that year with
the Chiefs and Green Bay Packers. He was also in training camp in 2021 with the
Tennessee Titans. He is a native of New Orleans, LA and helped Jesuit HS to a state
championship his sophomore year.

Chris Smith – Smith joins the Senior Bowl staff fresh off a training camp internship this
summer with the Miami Dolphins. He served as assistant director of football operations
last fall at his alma mater Temple University, where he was also a four-year letterman
for the Owls under current Carolina Panthers Head Coach Matt Rhule. He originally
joined the team as a walk-on and worked his way into being a valuable special teams
player over the course of his Temple career. After graduation, Smith’s first job in
football was as a football operations intern at the University of Maine in 2019.