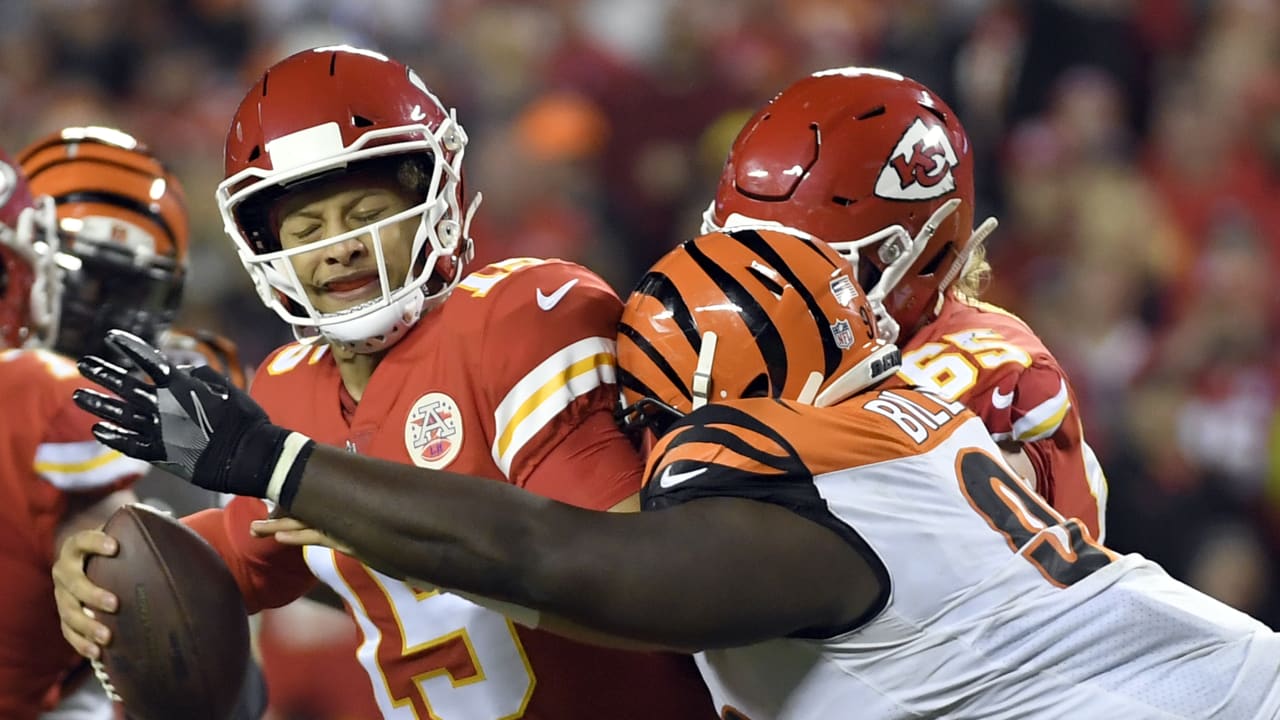 The penultimate week of the NFL season features a number of terrific matchups. We have no more Thursday or Saturday games, with this week’s action taking place on Sunday and Monday night only… so far. With COVID afloat, you can never be too sure. But with so much on the line, these teams will be fighting for every yard. As always, below are the five matchups I’m most excited to see this week in addition to my weekly picks!

Kansas City Chiefs (11-4) at Cincinnati Bengals (9-6)
In Week 17 of the NFL Season, this is a battle of AFC Division Leaders. Think on that for a minute. The Chiefs were expected to be here but the Bengals are trying to be the latest team to go from worst to first. The Bengals have the equivalent of a two-game lead in the division thanks to a sweep of the second-place Ravens. But technically each of the four teams in the AFC North has a shot at winning the division. So, the Bengals need to keep winning. The Chiefs have already won the AFC West but they are currently tracking to be the No. 1 seed and get a First-Round bye. To keep that, they need to win. So, expect a playoff-like atmosphere in Cincinnati on Sunday.

Miami Dolphins (8-7) at Tennessee Titans (10-5)
The Dolphins started the season about as poorly as possible. After an opening day win, the Dolphins lost seven straight games. Since that time, the Dolphins have won seven straight to move to 8-7, in contention for the playoffs. If they win out, the Dolphins have a great chance to reach the post-season. The Titans, meanwhile, started hot. At one point, Tennessee was the top seed in the conference. They’re still within shouting distance of the AFC’s top seed but a rash of injuries has made the road difficult. The Titans need to keep winning and get some luck to catch the Chiefs. Can they do it? We’ll find out Sunday.

Las Vegas Raiders (8-7) at Indianapolis Colts (9-6)
Every time we write the Raiders off, they claw their way back. At 6-7, the Raiders seemed to be on the brink of elimination. Instead, the team went to Cleveland and won and then beat the Broncos at home in a six-day span to move to 8-7, tied with three other teams in the AFC and in contention for the playoffs. The Colts started rough but have battled their way back. The team is fresh off back-to-back Saturday wins over the Patriots and Cardinals with a chance to catch the Titans for the division title. Either way, both teams need a win to secure their playoff position. Who stays hot and who puts pressure on themselves for Week 18?

Los Angeles Rams (11-4) at Baltimore Ravens (8-7)
The Rams have been on a hot stretch that’s led them to not only a playoff berth but the top spot in the NFC West. To hold that spot, and have a shot at homefield advantage, they need to keep winning. The Ravens, meanwhile, have been trending in the wrong direction. The team was once sitting at 8-3, atop the AFC. Since, the Ravens have lost four games in a row and sit a game back of the Bengals in the AFC North, tied with three other teams at 8-7 competing for the final playoff spot. Lamar Jackson hasn’t played in two weeks thanks to an ankle injury and Tyler Huntley missed Week 16 with COVID. The Ravens hope to get one or both back and to stop the bleeding, which will be no easy task against the Rams.

Arizona Cardinals (10-5) at Dallas Cowboys (11-4)
The Cardinals were the NFL’s final unbeaten team. After starting 7-0, the Cardinals have been 2-5 in the last seven, including losing three straight. The Cardinals dropped from the top seed in the NFC to second place in their own division. The Cardinals have earned a playoff berth but if they want a home game, they’ve got to turn this losing streak around. The Cowboys, meanwhile, are on a hot stretch. The Cowboys scored 56 points in Week 16 as they beat the Washington Football Team. The Cowboys have won the NFC East and have a shot at the No. 1 overall seed in the NFC if they keep winning. This is a battle of playoff teams and figures to be a good one on Sunday afternoon.

We have just two weeks left in the regular season and I have built a pretty safe lead on Lindsay, who sits eight picks back. Can I maintain the lead? Let’s hope so.

Matt’s Picks:
Bills Over Falcons
Bears Over Giants
Chiefs Over Bengals
Dolphins Over Titans
Colts Over Raiders
Patriots Over Jaguars
Buccaneers Over Jets
Eagles Over Washington
Rams Over Ravens
Chargers Over Broncos
49ers Over Texans
Cowboys Over Cardinals
Saints Over Panthers
Seahawks Over Lions
Packers Over Vikings
Browns Over Steelers