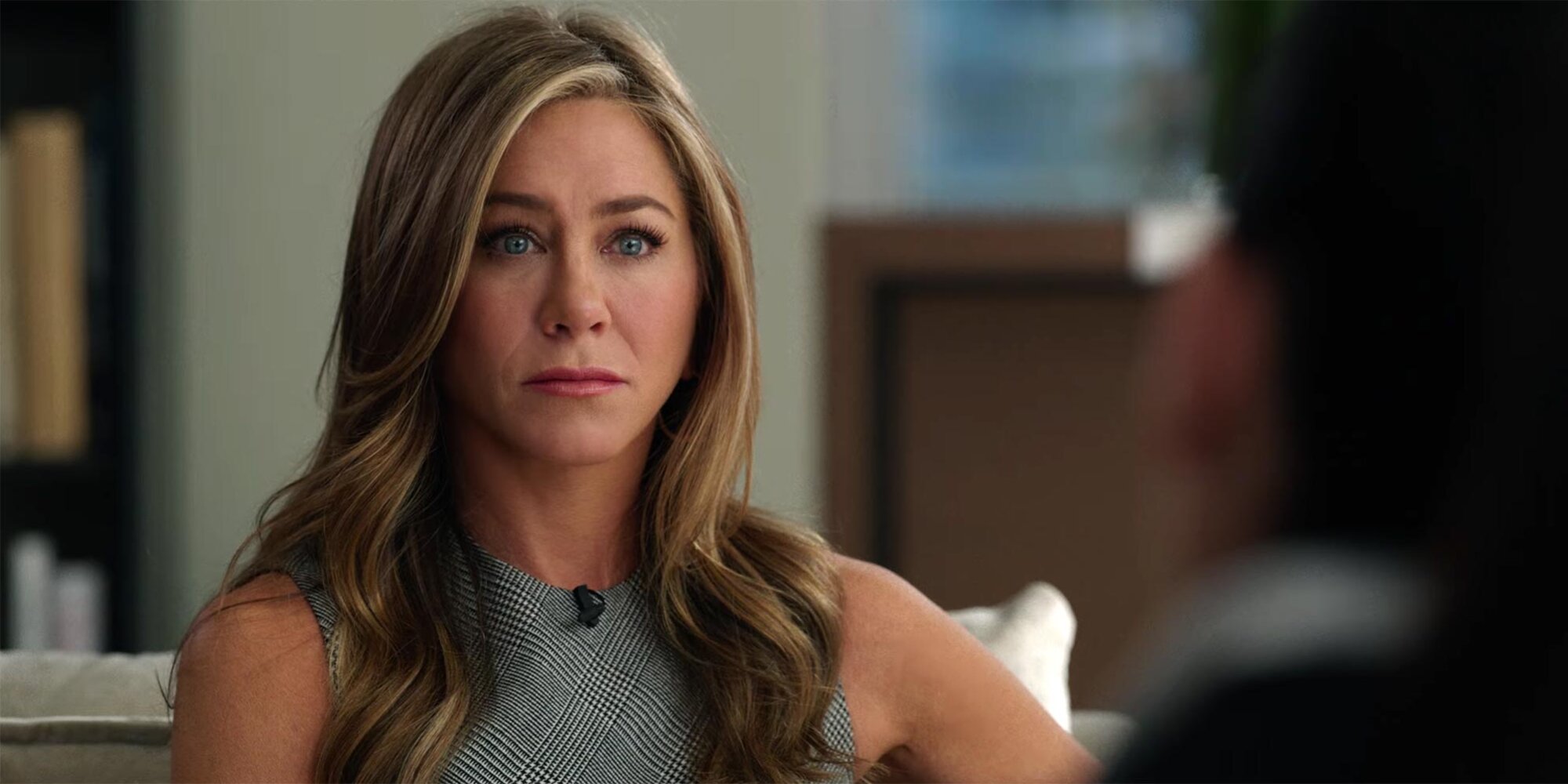 “If you’re watching this, I hope you’re alive too.”—Alex

We’ve come to the end of the road. This is the final episode for the second season of The Morning Show, one that brings a number of stories to a head. But, like the best finales, it doesn’t tie things up neatly in a bow. Let’s hope we don’t have to wait two more years to get answers because this one certainly leaves you wanting more. Let’s dive into this week’s finale!

We pick up with Bradley (Reese Witherspoon) frantically searching for Hal (Joe Tippett). He’s missing and she doesn’t know where he could be. She filed a police report but so far now luck. While this rages, she’s away from the show. So, too, is Alex (Jennifer Aniston), who is sent home to quarantine after her COVID diagnosis.

At UBA, Cory (Billy Crudup) is preparing for the UBA+ launch but it’s not an ideal climate. Cybil (Holland Taylor) thinks it should be scrapped. Cory wants to persist, feeling Cybil doesn’t believe in him. She says she doesn’t but hopes she’s wrong. Cory has tied so much of himself and UBA’s future to his streaming service launch he can’t think about delaying it now, despite the fact the world is rapidly descending into the chaos that comes from a global pandemic.

Daniel (Desean Terry) is filling in as anchor—seemingly the last man standing. When Stella (Gretta Lee) and Mia (Karen Pittman) learn Alex has COVID, they send the cast and crew home. Stella insists Daniel continue to anchor the show, but he needs to get to California to save his grandfather. Stella insists and Daniel quits. He’s done with being a pawn for UBA. Yanko (Nestor Carbonell) ends up the last man standing, an ironic turn of events.

Alex, meanwhile, isn’t doing well. She’s suffering the effects of COVID and the negative press. Chip (Mark Duplass) sees it’s not going well and makes one last pitch to save Alex’s career. He convinces Cory that she should anchor an hour-long special about COVID. Cory agrees and decides to throw it on UBA+.

Chip heads to Alex’s apartment and lies about having COVID himself. Despite her condition and protests, he convinces her she needs to do this show and works to get her in shape. They pump her full of medicine and she begins to rally. Alex takes time out to call Bradley and thank her for the Maggie Brener (Marcia Gay Harden) interview. They bond and it seems like they are, actually, becoming friends. Alex even pushes Bradley to ignore the negativity in the world and own her truth, which means being open about the search for her brother. It’s a touching and emotional moment, one I hope to see these characters build on in season three.

Alex also fulfills her promise to Mitch (Steve Carrell) and gets Paola (Valeria Golino) a meeting with Cory. Paola has to push it over the goal line, but when she does she shows Cory her interview with Mitch. He wants to air it, but she just meant it as a reel to show her skill and land a job. Cory pushes her to think about it, and she is left to consider whether it would be a betrayal to let his confession see the light of day.

Alex does her broadcast, outing Chip’s faux COVID diagnosis. He ignores the calls from his fiancé (Katie Aselton) and it becomes somewhat clear that relationship is about to finally dissolve. But the broadcast is wild, weird and honest. Alex is back and she’s taking no prisoners. She’s not about to let herself be cancelled and this just might be the first step in a long road back to redemption.

Cory finds no redemption. The virus is ranging and his UBA+ launch is cancelled. Instead, he sees Bradley’s video plea and rushes down to help her. As they search for Hal, Cory is ready to confess…that he’s in love with Bradley. Before she can respond, she gets a call from the hospital. Hal has been found. He’s battered and bruised but alive. They reunite and she promises never to give up on him again. What will that mean for Bradley and Laura (Juliana Margulies)? That’s a concern for another season. For now, Bradley is relieved.

The questions don’t all get answered. There’s still plenty of problems facing the gang at UBA but for now they’ve all made their pitch for what they want as a global pandemic threatens to change the world forever.

It’s been an incredible ride and I can’t wait to see what’s next but wait we must for now.

It’s Alex. I nearly made Alex the MVP last week, but this continues her journey back to our hearts. In the middle of the season, I was disappointed, but that trip to Italy and losing Mitch was the kick in the pants she needed to do better.

That’s a wrap on Fever and Season 2 of The Morning Show. What did you think? Share your thoughts in the comments or hit me up @knighthawk7734 on Twitter!