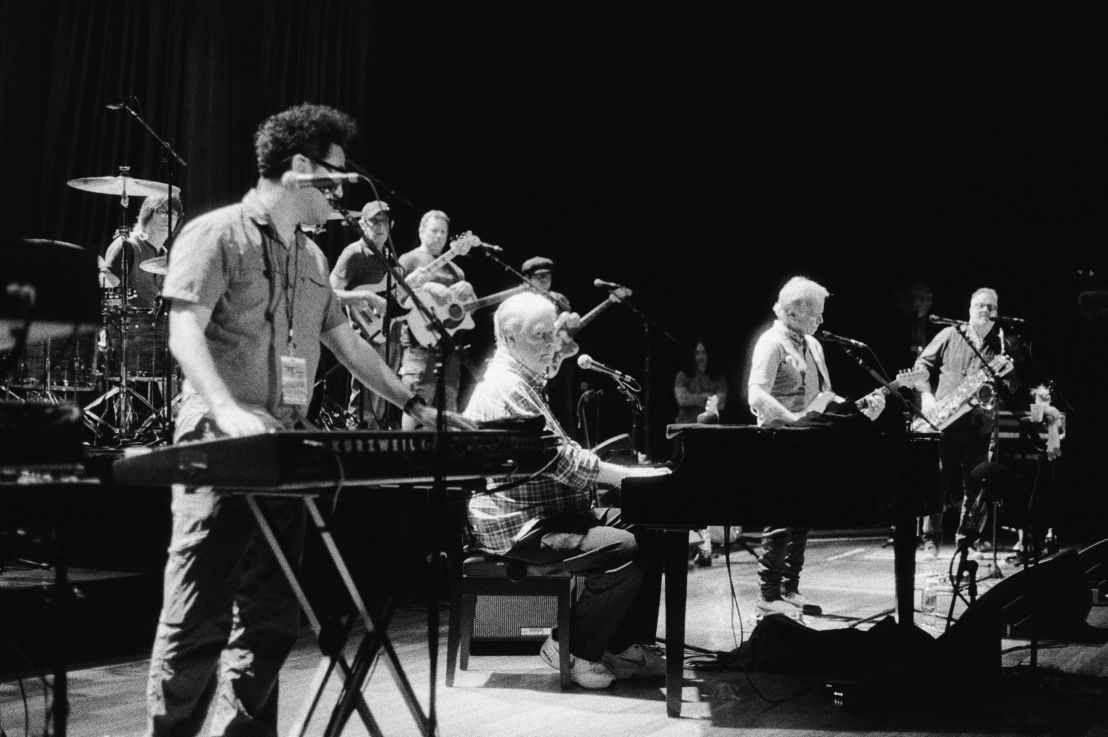 Day one of the Nashville Film Festival has come and gone, and while I wasn’t able to see a lot of things I was able to watch the Beach Boys documentary Brian Wilson: Long Promised Road. A full review will come at a later time, but here is a section of it with my thoughts.

Brian Wilson: Long Promised Road is a touching and effective look at the life of a musical genius. At times the film might get a little messy as Brian’s – completely understandable – reluctance to open up causes for some lulls, but when the film does work it is an effective and touching look into the life of such a complex and creative person. Fans of the Beach Boys will fawn over it – as the guy in the front row of my screening did – and people, like myself, with less understanding about who the Beach Boys, and Brian Wilson himself, are will learn a lot from it.

I was also able to screen some Narrative Shorts, and one feature film before the festival. More will be coming later, but here are some thoughts on some pre-festival screenings.

We’re All Going to the World’s Fair – B

We’re All Going to the World’s Fair is a terrifying look at the manipulative side of the internet. The directing, acting, and score all blended together to make this one of the scariest films of the year. The rawness in the filmmaking allowed for a more real feel that caused the horrors to be even greater. There was some issues with the stories structure, but nevertheless, this movie was a terrifying gem.

Hex & Rage from writer director Sasha Lebedeva is a funny and interesting concept. These two girls, who we find out early on are witches, set out to hex men who are unclean and impure. I think the concept really lends itself to some clever work, and I think even if this wasn’t the best use of this idea, I definitely saw enough where one could build off this.

While I did appreciate a lot of the humor in this, I thought the story just didn’t have enough in it. The writing was sadly the weakest part of this piece. There weren’t enough obstacles for our two leads as they just kind of skated by with everything. I get it was a short, but it didn’t feel like there was a structure to the story. It just kind of came and went, when I really was wanting more from it.

That being said, the direction from Lebedeva was actually really crisp. The way this short was shot looked really good, and a lot of what worked within this was because of Lebedeva’s work behind the camera. While I thought the writing could use some work, I think the direction shows some promise from the filmmaker.

Heavy Petting is an interesting character study into isolation, loneliness, and animals. The film is crafted well, but attempts to be too many things in too little time.

We really don’t meet the main character of this story until a little over halfway into the short. When our main protagonist is introduced there is a slight tonal shift in the short. This film is torn between being a drama about a girl who lost her cat, to being a horror about isolation and feeling out of place.

The idea is creative, but there isn’t enough consistency in the story to really bring this short to life. It tries to do a lot of things in a short amount of time, and doesn’t let one specific tone take over the piece. This causes it to feel jumbled and too compacted in this small amount of time.

Structurally, the story works, but only just enough. Prost does an interesting job of tying the protagonist in with the subject the short is trying to follow. I thought the ending was really interesting and well done, I just felt like there were a couple wrong turns getting to that point.

What the short does get right is Prost’s, honestly super impressive, direction of the short. While some of the tonal changes didn’t quite work on paper, they all worked visually. Prost was able to create an environment that was as eerie and subdued as the story he was going for. The direction, coupled in with the score, really tried to give the right feel. However, the tone just didn’t seem right for the situation.