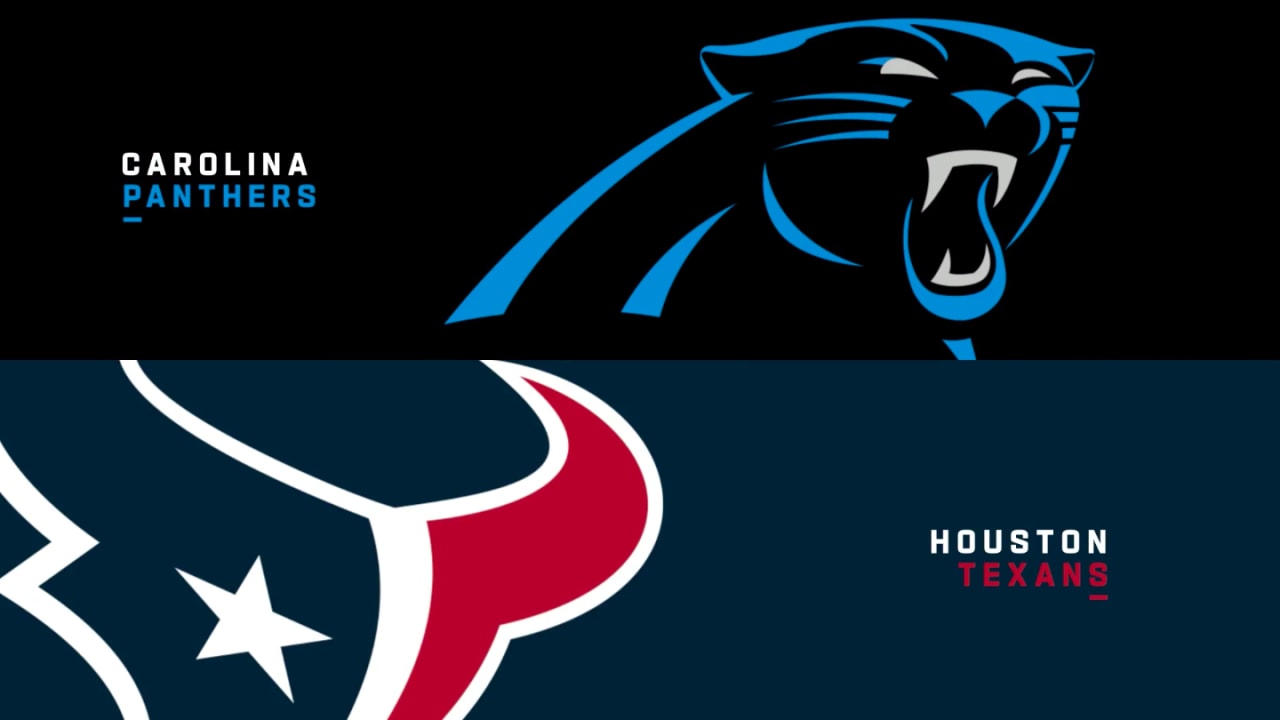 So far we’re two-for-two seeing exciting Thursday night games. The opener between the Tampa Bay Buccaneers and Dallas Cowboys was epic, as expected. Both offenses were on fire and it went down to the wire. It was fair to wonder if the Week 2 matchup between the Washington Football Team and New York Giants could live up to the hype. I expected a more defensive game in the teens.

Instead, Daniel Jones and Taylor Heinicke lit it up. The game was a back-and-forth battle all the way, with Washington winning on a walk off field goal, 30-29. Can lightning strike three weeks in a row as the Carolina Panthers head to Houston to battle the Texans? It’s possible but feels doubtful.

The Panthers have gotten off to a hot start with new quarterback Sam Darnold. Darnold is QB15 through two weeks, while start running back Christian McCaffrey is healthy and back to dominating on the ground and as a pass catcher. He’s currently RB2 with more than 58 points in two weeks. The Panthers beat the Jets at home in Week 1 as Darnold topped his previous team, then the team welcomed in the division rival New Orleans Saints and laid a lop-sided smackdown. The Panthers’ first road game isn’t looking like a fierce test.

The Texans didn’t enter the season with high expectations from fans and NFL fanatics, and yet Tyrod Taylor looked great in Week 1. The Texans produced 37 points and beat the Jaguars. In Week 2, the Texans were hanging tough with the Cleveland Browns when Taylor went out with a hamstring injury. This week he and receiver Nico Collins were put on IR, ensuring they’ll miss at least three weeks.

The elephant in the locker room all season for the Texans has been star quarterback Deshaun Watson, who requested a trade and has been embattled by legal issues off the field. The Texans made him a healthy scratch Weeks 1 and 2, and Head Coach David Culley was quick to declare that will be the case each week of the season despite Taylor’s injury. That leaves rookie David Mills, taken with the third pick in the Third Round—the Texans first selection—in this April’s draft.

Mills played a good deal in Week 2, going 8-for-18 for 102 yards, a TD and an interception. He’s had a few days of practice and will be thrown into the deep end on Thursday night. Doubtless it will be a struggle.

When it comes to fantasy, there are still some startable pieces in this game. Darnold is a solid option in Superflex leagues, while McCaffrey is an RB1 and D.J. Moore is a solid WR2. Robby Anderson is more of a deep league flex, but I think the Panthers’ defense could be a good option this week. For the Texans, Brandin Cooks has had a strong season and caught a touchdown from Mills in Week 2. I’d moderate expectations a bit, but he’s still a WR3 that likely finds a way into your starting lineup. The running game is a mess, with Phillip Lindsay, Mark Ingram and David Johnson all getting work. I’m avoiding it if at all possible, and I’m not bullish on starting Mills, either.

I suspect this might be a lop-sided contest that ends with the Panthers moving to 3-0.

In Week 2 I went 14-2. I will probably never do better in my life. But the good news is that I’m back in front in the competition with Lindsay. Will it last? I doubt it. But here’s out Week 3 selections.

Matt’s Picks:
Panthers Over Texans
Bills Over Washington
Browns Over Bears
Ravens Over Lions
Titans Over Colts
Chiefs Over Chargers
Patriots Over Saints
Giants Over Falcons
Steelers Over Bengals
Cardinals Over Jaguars
Broncos Over Jets
Raiders Over Dolphins
Rams Over Buccaneers
Vikings Over Seahawks
49ers Over Packers
Cowboys Over Eagles

Lindsay’s Picks:
Panthers Over Texans
Bills Over Washington
Browns Over Bears
Ravens Over Lions
Titans Over Colts
Chiefs Over Raiders
Saints Over Patriots
Giants Over Falcons
Steelers Over Bengals
Cardinals Over Jaguars
Broncos Over Jets
Raiders Over Dolphins
Rams Over Buccaneers
Seahawks Over Vikings
Packers Over 49ers
Cowboys Over Eagles