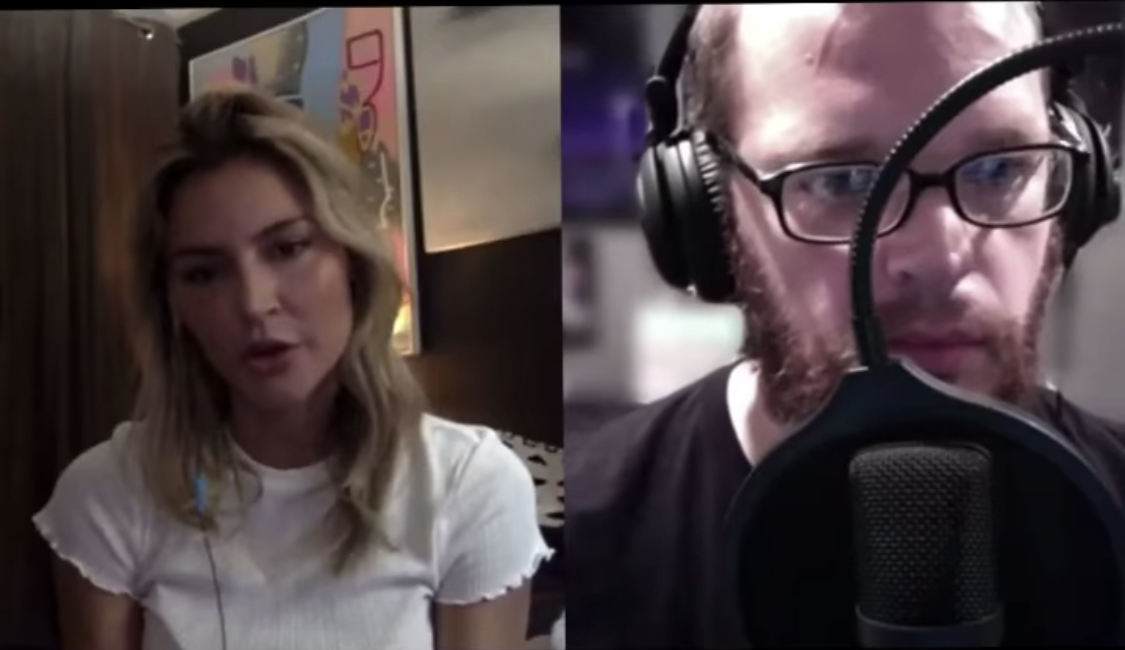 Welcome back everyone to V7 of the Untitled Mailbag.

This past week as some of you may know, I sat down with Samaire Armstrong and talked in-depth about her recent comments supporting Donald Trump. I was too nervous about the interview as I was more concerned with the public perception of me interviewing her than the interview itself.

After the interview, I thought to myself, well damn, that was a good interview, and yes, I did a victory lap for my interview. Samaire and I talked like two grownups, had dialogue, she answered each of the questions I had with her authentic, sincere self, and I couldn’t have asked for a better conversation.

This interview opened my eyes to the understanding that these conversations are healthy for everyone. Open dialogue, we always don’t have to agree with everything each of us will say, but we can go into each conversation with an open mind and the willingness to learn from each other.

We’ve got to stop thinking we are the smartest person in the room, and instead, take a step back and learn about everything and have a healthy conversation with someone you disagree with. You just might come out on the other side with a new perspective or at least the knowledge to understand why this person feels a certain way.

I will always be thankful for Samaire and the eye-opening experience we shared and have since shared in our healthy dialogue about these uncomfortable times we are battling daily.

Here is the link to the interview if you missed it.

Now onto your questions

Question from Kevin (@Daboys_22 on Twitter) – What do you think of Cam’Ron Harris from Miami?

His stock is on the rise for me and someone I am keeping a close eye on moving forward. Back to back games with 134 yards per carry and week one, he did it against a cake team, he backed up week one, with a great perrformance against Louisville.

I do hope the intertwine him into the pass catching side of the game, and we can make some better degermation regarding that as well. But I am buying him where I can right now before the price is too high.

Question from Joshua Scully (@Jojoascully on Twitter) – Who do you like better for Week 3 Logan Thomas or Jared Cook?

With Michael Thomas out, I expected Cook to see more work, but in week 2, he saw two fewer Targets than in Week 1.

Don’t forget to join The Best Damn Fantasy Football Discord inside where we ask all of your questions and so much more.

Question from Avery Jones – How do I get better at sniping on Modern Warfare?

Easy answer, quit your job, find you a sugar momma and play all day.

Question from Matthew Fox (@knighthawk7734 on Twitter) – With CMC out a while, and Barkley done for the year, who finishes as the No.1 running back in fantasy?

Ezekiel Elliot. He was my RB2 to start the season, and I think that he is going to be that guy now with CMC missing several weeks. He is in the right offense, and he never comes off the football field.

Two other guys I like are Aaron Jones and Alvin Kamara, and I think the latter is dependent on Michael Thomas’s status throughout the season.

Question from Kenzie (@Kenzvanunu on Twitter) – If you could recast any 2019 release to star Leo, what movie would you pick?

This might be your best challenge yet, Kenzie, and I am about to have a little fun with it.

He was too good looking to play the role of Charlie (Marriage Story) and Arthur Fleck (Joker).
I don’t hate the idea of him playing opposite of Christian Bale in Ford v Ferrari, but Damon killed it.
A beautiful call back to ‘What’s Eating Gilbert Grape’ by playing in Peanut Butter Falcon? I don’t hate that, but I love Shia.
Leo as Roy McBride? Space movie is something we haven’t seen out of Leo, but Pitt was great.

All the people I mentioned were great, and you are like, Ricky, what’s the pick? Well, the movie I am going to pick, the guy who was in the role, played them to perfection as well, BUT, Leo, in this role, would have been a lot of fun.

Leonardo DiCaprio as Benoit Blanc. Yes, Craig was remarkable but think about mixing in what Leo did in Django, a sprinkle of Catch Me if You Can, and top it off with a little Wolf of Wall Street, and put that all that together, I believe we get a great Leo as Benoit Blanc.

Thank you so much for reading another episode of my weekly mailbag, hit me up on here or talk to me on Twitter with your questions @RickyValero_