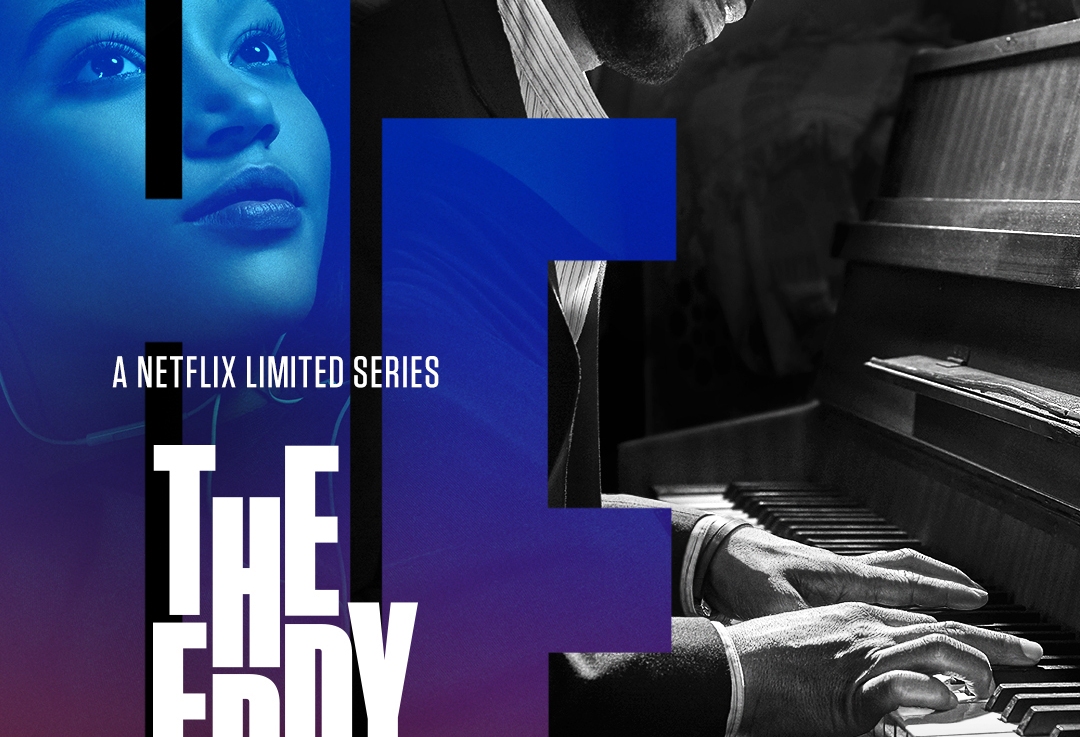 Plot: A French club owner deals with the everyday chaos of running a live music venue in the heart of Paris.

I shared cliff note thoughts of the show as I watched each episode giving my full review below.

The Eddy is on Netflix May 8

The first episode does a wonderful job of reeling you in. You could tell that Chazelle was in the directors as he showcases his love for Jazz. He lets the Music tell the story in the introduction of Elliot Ugo and Maja who are played by André Holland and Joanna Kulig.

The tone of the episode is loud in the way of the music but subtle in the art of which is being acted. The actors make you feel things with their expressions and the motions, that is pure magic.

After such a high that we had off the first episode, I felt like they had to bring us down to earth a little. They did that by introducing us to Julie which means we get to say hello to Amandla Stenberg.

This episode had substance, this was more of the backstory episodes of what transpired throughout the first episode with us being introduced to Julie.

This was me throughout the episode.

After an emotionally charged episode, we (the audience) are reeling. They decided to lighten the mood up, BUTTTTTTT they hit us with that AMAZING club scene between Julie and Elliot. It was raw, it was ruthless and it was vicious, amazing acting by both parties.

Jude played by Damien Nueva was wonderful in this episode. This was his time to shine and he did just that.

Not the perfect episode but I did think that it started putting some pieces together.

I will be first to say that I am not sure I am a fan of the situation between Maja and Elliot. I am not sure if it’s the chemistry that is lacking, because away from each other they are great but together I am just weird.

Joanna Kulig showcased again why she is just killing the role of Maja.

By far my least favorite episode of the show. While I understood the empathy for Sim but I felt it was forced which in turn made my investment rather nonexistent.

Elliot (and the ending) saved this episode from being a complete dud.

This episode is what we call the set-up. We finally started to get some answers to the questions that we’ve had since episode one.

This was probably the most meaty episode we had because even while we were focused on the story of Katarina, we got ourselves some moving pieces heading into the big finale.

The finale packs one of the best emotional scenes of the entire series and even for that moment the story, the club, the troubles were put on the back-burner for this beautiful touching moment.

Honestly, when I found out that Damien Chazelle was attached to this project and it involved a jazz club, I was all in. Chazelle is one of the best young directors in Hollywood and his artistic approach to directing is what draws me to his work.

The show has his fingerprints all over the place, whether it is the mellow tone of the cinematography or the way he lets the music tell the story of each episode. You feel that passion he has for the art of music within every sound of the show.

The writing on the show for the characters was remarkable but it was executed with precision by this wonderful cast. While I wasn’t exactly a fan of Elliot/Maja when they were on the screen together, separate they knocked it out of the ballpark.

André Holland knocked the role out Elliot out of the park. He kills it with the little things, the emotions, the facial expressions, the body language, he made you buy into everything he was doing. Joanna Kulig swooned us with her voice but also killed us with her unpredictable portrayal of Maja. Amandla Stenberg is one of my favorite young actresses in Hollywood and I adored her in this role of Julie. She played that arrogant, annoying, selfish teenager with perfection.

The anticipation for the story surrounding the club felt a bit like a mess at times. While each person on the show played a pivotal role in getting us to that conclusion, they just struggled with hitting a home-run with the story as a collective whole.

The Eddy is a remarkably done tv show that swoons you with its music but keeps you around for the amazing acting. The episodes are their own unique pieces within the broad scope of the story. I would highly recommend checking out the show when it drops on Netflix.

Thank you Netflix for giving me the opportunity to review the show early.

The Eddy drops on Netflix May 8th.