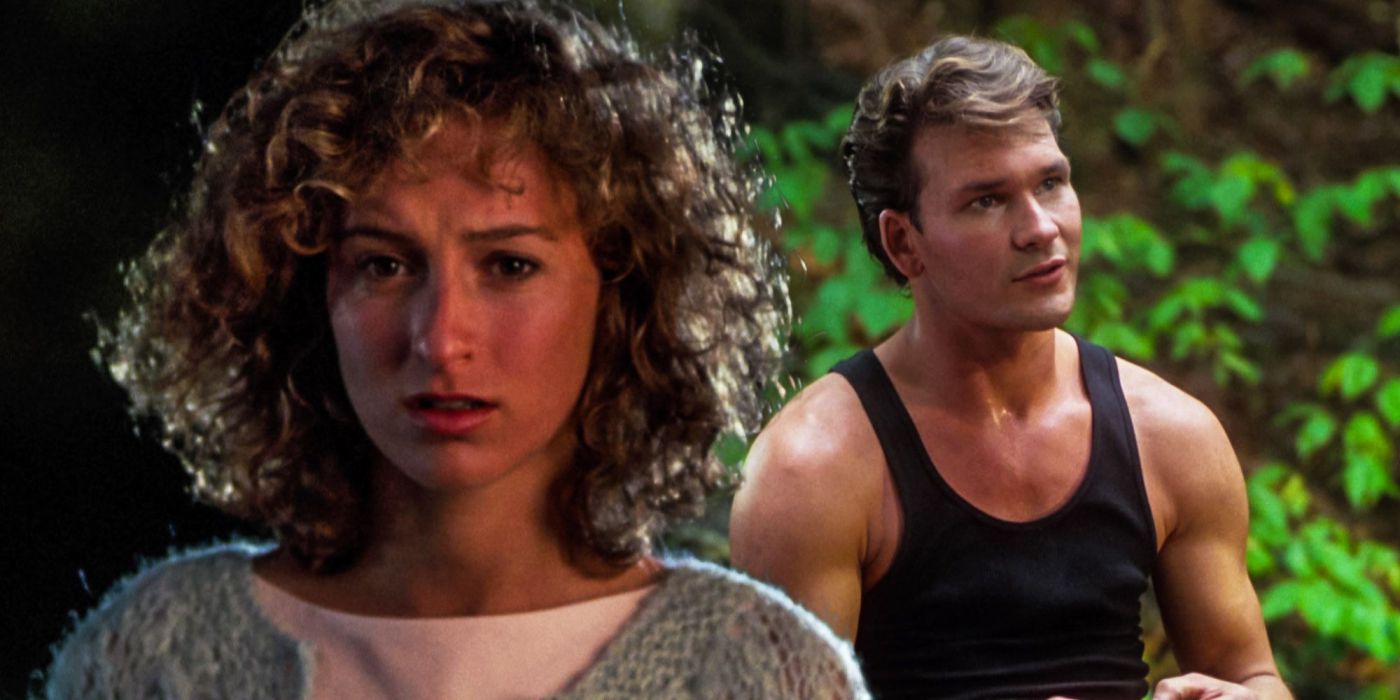 When we think of the 1987 cult-hit Dirty Dancing, it’s no doubt Patrick Swayze and Jennifer Grey sensually finding their groove to the mother of all power ballads that comes to mind first. With all the lustrous romance, grinding bodies, and an iconic lift to finish it off, we tend to forget that at the core of it all sits a harrowing, dark depiction of abortion.

The entire driving force of the story stems from Johnny (Swayze) on the hunt for a new dance partner after close friend and fellow employee Penny (Cynthia Rhodes) withdraws from the show. In comes, Jennifer Grey’s naïve, doe-eyed, and eager-to-learn protégé Baby to save the day and Penny’s absence is long-forgotten. But why seek out a replacement when Penny is perfectly capable to pull off the routine with her eyes closed? Because while Johnny is teaching Baby the ropes, Penny is in need of an abortion. So, Dirty Dancing may be remembered for its sweet (albeit moderately problematic) coming-of-age romance, but the heart of the film gravitates toward Penny and her so-often referenced “situation.”

Set in the summer of 1963, a whole decade before the ruling of Roe v. Wade, Penny finds her options scarce, and at the whim of a “butcher” with a “dirty knife.” During a time when abortion was illegal, Dirty Dancing only reinstates that women will have no other choice but to resort to ‘back alley’, potentially life-threatening methods to terminate a pregnancy – for whatever reason that may be. Not only must Penny dig out $250 she doesn’t have for an illegitimate abortion – Baby later steals the cash from her father – the procedure leaves her fighting for her life.

It’s a reality faced by thousands of women throughout this era and will become the reality for thousands more now. The overturning of Roe v. Wade does not abolish abortion. Instead, women seeking this course of action now run the risk of subjection to a poorly conditioned, fatal, possibly unlicensed medical practice. Rather than eliminating complications, it only increases them. A botched attempt combined with a lack of aftercare might very well leave a woman suffering irreversible consequences or battling the brink of death – just like Penny.

So, why the relevance of Dirty Dancing? A film released nearly two decades after Roe v. Wade has every option to avoid threading fundamental rights into the plot. Well, it sounds like screenwriter Eleanor Bergstein has all the answers you need when it comes to Penny’s abortion alongside the less than pleasant imagery… And it’s as simple as leaving an impression.

“[Y]ou can make a brilliant black and white documentary [about] abortion and everyone who sees it probably agrees with you before the first frame. But if you make a movie in color with pretty people and music and sensual dancing and a beautiful blonde young girl with a face like a delicate princess having no choices and screaming in a hallway under a dirty knife — maybe you’ll change somebody’s mind about what they assumed before.”

The weight of Bergstein’s words is not lost in today’s climate – and even held an influence when I first watched the film in 2007. My initial exposure to abortion comes directly from Dirty Dancing. As an 8-year-old watching, a lot of the film’s themes would fly straight over my head, but where most recall Johnny rescuing Baby from the corner, I found myself struggling to understand why Penny had spent a fair amount of her screen time writhing in pain. My curiosity accompanied by an overactive imagination left me with endless theories, and none of them were delightful.

This film serves as a huge, eye-opening lesson. It had quickly come to my attention that Penny had not been stabbed by a madman loose on the ground; I was horrified to learn that the procedure she goes through is of self-volition because no safe alternative is available. No woman should have to resort to mutilation of their own bodies; proper treatment should never be inaccessible, and segregation of class and wealth should not belittle a woman’s choice. Bergstein shines a light on what should have remained in history (and for good reason). It is incredibly crucial that we acknowledge the impact Dirty Dancing has on abortion and the repercussions of overturning Roe v. Wade.

Penny has the best of her life (and dance career) ahead of her. An accomplished dancer, beautiful, charismatic, and talented, but Penny doesn’t come from money. Her income relies on the resort and ultimately her passion for her craft. If she goes through with an unplanned pregnancy, the trajectory of her life shatters. But Penny will not allow this decision to be dictated to her. She isn’t ready for a child. She doesn’t want a child, so she puts the matter into the hands of an improper surgeon because the state fails her.

If not for Baby’s intervention and bringing forth her doctor dad’s (Jerry Orbach) attention, Penny would have probably died. Maybe that path’s a little too dark to be explored within the film but it’s the sad truth that follows these back-alley abortions. Considering the decade and strongly conservative characters, it’s striking that the disdain is aimed towards absentee father Robbie (Max Cantor) – and Johnny initially – for impregnating Penny. Unlike the latter though, Robbie is immediately dismissive and rejects responsibility.

Dr. Houseman cares less about providing the necessary care and more about the company Baby has found herself in; he shows respect for Penny, but hostility to Johnny – and eventually Robbie. There is no shame targeted towards Penny; she makes her choice and is never once condemned for the decision; Penny rightfully does not need to justify herself. She takes control of her body, refusing to let an unwanted pregnancy stand in the way of life’s prospects.

Taking away a woman’s right to choose will not prevent abortions. Without Roe v. Wade, the door opens into an unsterile, perilous environment. Inaccessibility and segregation of wealth are equal perpetrators and far too many women will suffer a fate similar to Penny’s – possibly worse.