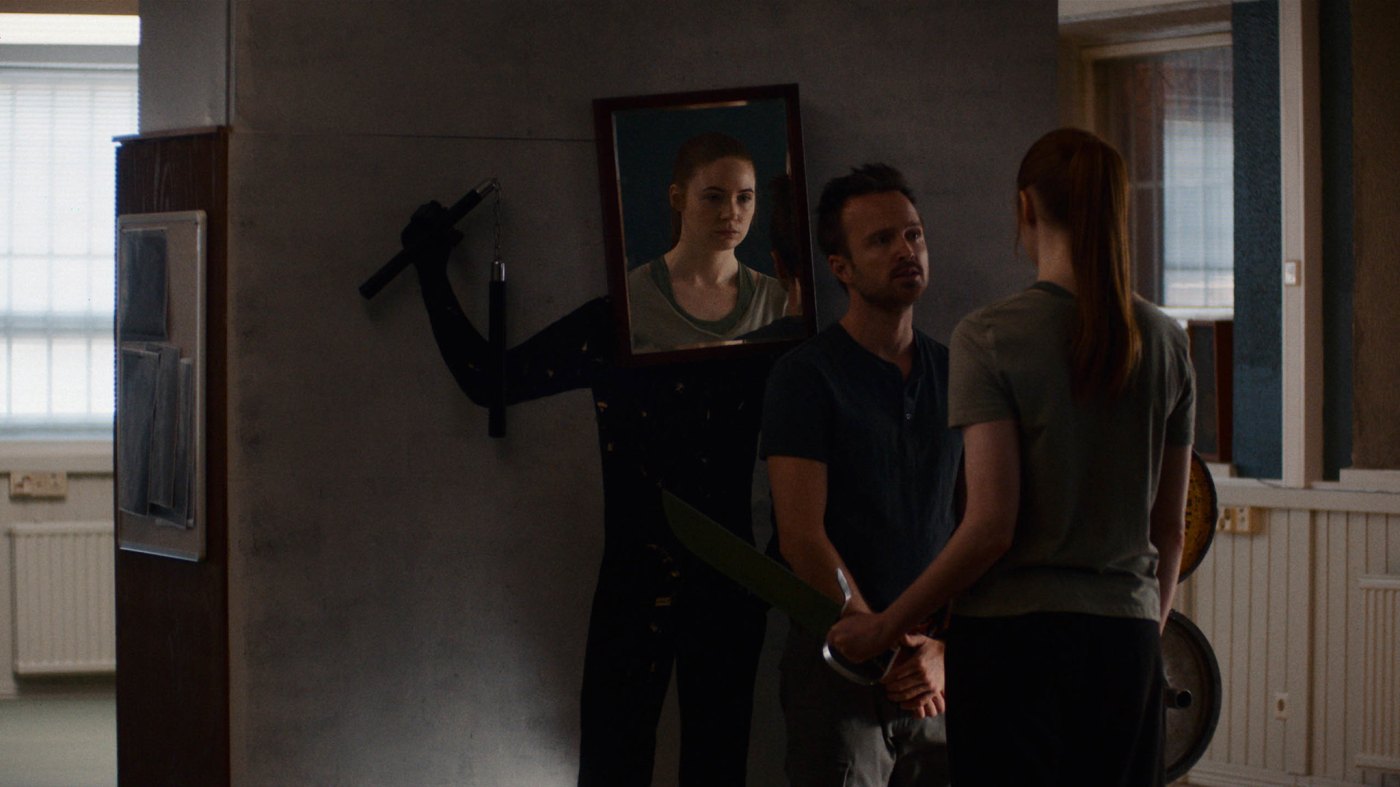 SYNOPSIS: A terminally ill woman opts for a cloning procedure to ease her loss on her friends and family. When she makes a miraculous recovery, her attempts to have her clone decommissioned fail and lead to a court-mandated duel to the death.

What else is there to say about this film? Karen Gillian, Aaron Paul and a sci-fi film having to do with clones dueling to the death. Please count me in. Instantly, when the Sundance catalogue was released this was one of my most anticipated of the fest. There have been so many really heavy and dark films to be released during Sundance 2022, so to get a dark comedy, I’m all in. The concept of cloning and the themes of humanity and identity were explored late last year with the release of Swan Song starring Mahershala Ali and done extremely emotionally and effectively so I was very interested to see this film’s take on that idea.

This is not Swan Song, I can tell you that much, and that’s great. This film has a completely different tone, covers semi the same themes, but takes it to completely different genres. As a dark comedy, this film takes on the task of both examining the themes of humanity and identity while also being hilarious at the same time. The writing is witty, well timed and so so odd. Riley Stearns balanced the line between drama and comedy so perfectly, timing the comedic moments at the perfect times. I have some issues with the abrupt nature of the ending, but the rest of the writing is very solid overall.

We gotta talk about the performances. This film is going to be highly divisive, especially around the performances and I can totally understand that. Karen Gillian gave an incredibly bland and robotic type of outing, but I absolutely loved that. We all know Gillian has phenomenal acting chops. This was absolutely in the writing. She gives the exact performance Stearns wanted and I think it worked incredibly well with the material. Coupled with another insanely robotic but unique performance from Aaron Paul, you get some really nice outings.

FINAL: Dual is an insanely unique and really hilarious sci-fi driven dark comedy. The performances, especially from Karen Gillian and Aaron Paul are phenomenal, the writing from Riley Stearns is witty and fun while also exploring many serious themes and the direction from Stearns is the perfect compliment to everything. This film will not be for everyone, with very robotic performances and the ending may be a bit abrupt, but if you can buy into the absolute absurdity of everything, I think you might really enjoy this outing.

Jack Lautaret is a banana meter approved film critic, the founder of the Jack Lautaret YouTube Channel and host of the Finatic Film Review Podcast. He is a member of the Online Film and Television Association. Twitter: @JackLautaret