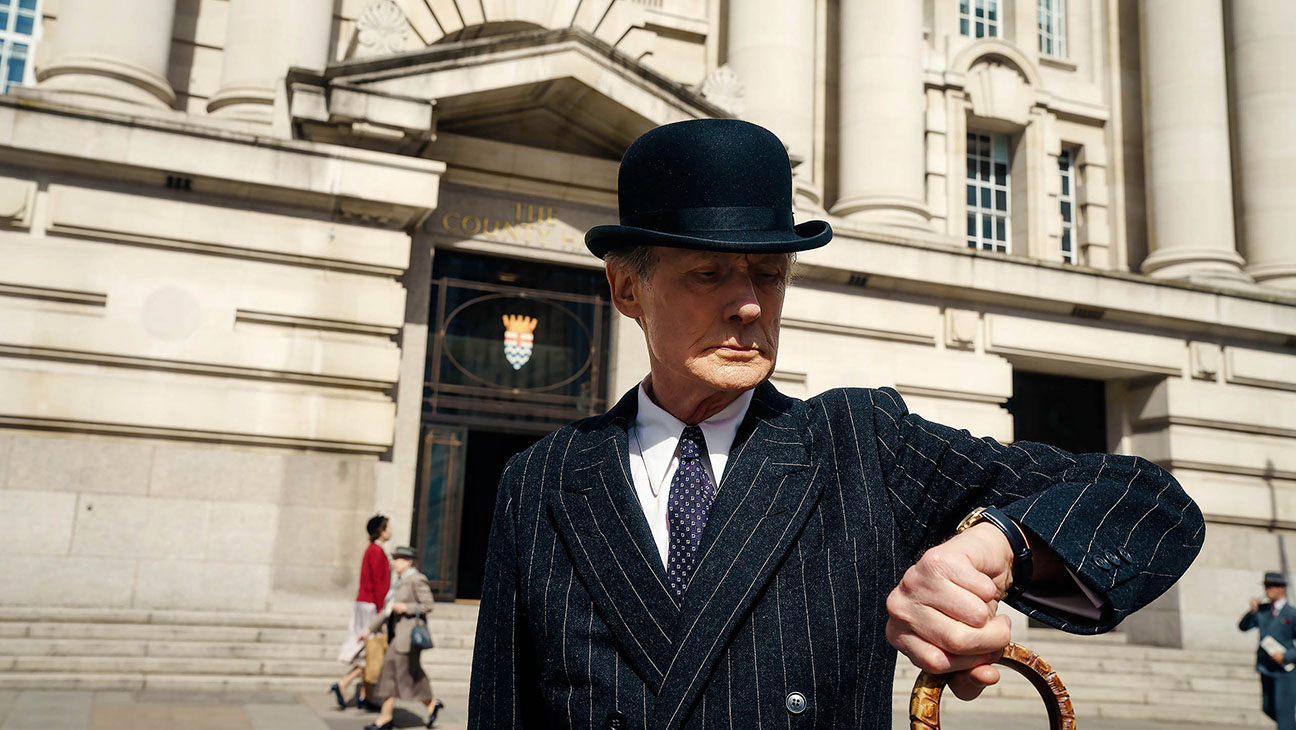 Some of the saddest stories can have a significantly uplifting ending, and we might have just seen the best example of this at Sundance 2022.

Living, the latest directorial turn from Oliver Hermanus, follows a British bureaucrat by the name of Mr. Williams, played by Bill Nighy who is the ultimate cog in the government wheel as the country tries to reassemble itself post-World War 2.

The script, adapted by Kazuo Ishiguro from the 1952 Japanese film Ikiru, starts expertly by setting the stage for the ho-hum existence of the low energy Williams and shows the tedious process citizens have to go through to get anything done. However, the story is ultimately about the realization of how boring his life truly has been, as he is diagnosed with terminal cancer.

Nighy imbues almost every single scene with a haunting elegance that is rarely seen, and it is his performance that truly makes this movie special. He has two scenes in particular where he performs musical numbers, and both are tear-wrenching masterpieces that will cause an entire movie theater to weep if this is to ever make it there.

Not only is Nighy a powerhouse, but the framing of each scene, especially the final five minutes of the film, by cinematographer Jamie D. Ramsay is amazing. The ability to use overhead and wide shots to get a true sense of the entire environment these characters are inhabiting brings Britain to life.

The true key to this movie is how it subverts the ending message. While it seems like it is all about being wild and partying and going crazy, this is ultimately not the case and is telegraphed early on within the role of Williams’ one-night partying pal Mr. Sutherland, played by Tom Burke. The ultimate message at the end brings the entire movie together in a unique way that sets it apart from anything I have seen in a while.

Living is a beautiful film anchored by the incomparable Nighy, who should be considered for awards next year, and is by far one of the best movies of this year’s Sundance.

Alex is a movie lover and co-host of the Furloughed Film Talks Podcast. You can find him and his podcast on Twitter @alexfkelly1