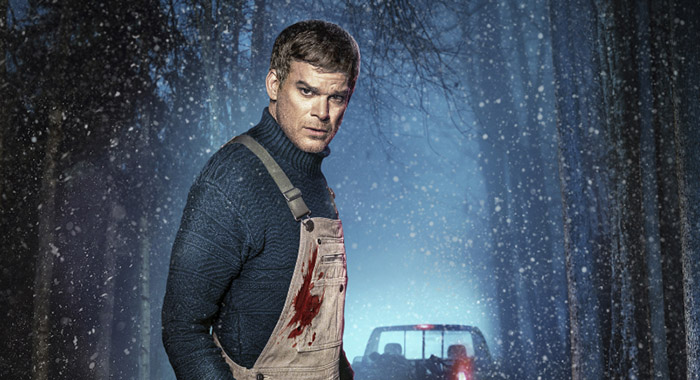 Upon the announcement of the return of Dexter, I was excited for a couple of reasons. First, becoming a lumberjack was a choice and it was a very bad one by the writers in ending one of my all-time favorite shows. Next, I love Michael C. Hall in this role and hoped he could bring back that magic that made us fall in love with the show. Last, we finally get to see Dexter the lumberjack and see what came of all the years after his death/disappearance.

WHERE WAS THE INFAMOUS DEXTER OPENING MUSIC?

Early, we get a scare that Dexter (yes, his name is Jim, but he is Dexter) is being pulled over only to find out that Dexter is keeping the enemy close by dating a sheriff, who pulled him over get some action. As the show progresses, we see Dexter living his everyday life while resisting his urge to be well Dexter because a young, arrogant rich kid is in town, causing a stir.

Amongst the chaos, Dexter returns home and finds someone ruffling in his stuff and it is Harrison which causes him to pause and get excited, but Deborah reminds him that everyone that loves him ends up dead.

I think we had a lot to unpack in episode one with trying to understand where we are at, how far along we are and what is going on within the mind of Dexter now. We meet a wide range of characters that we don’t know, Deborah is his new dark passenger and after so many years, Dexter is unable to stop the urge any longer.