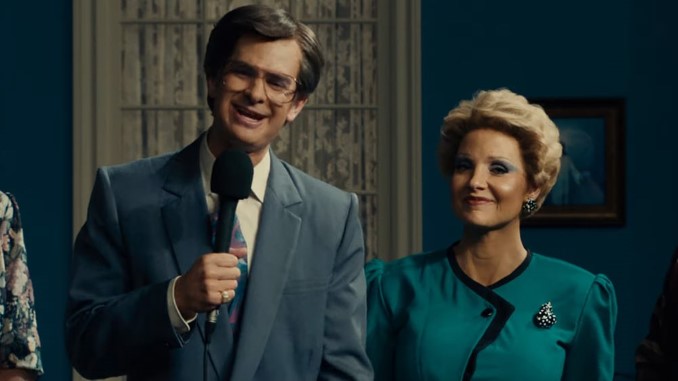 We have seen actors be double nominated before, and we have even seen it as recently as Scarlett Johansson in 2019 for her leading role in Marriage Story and her supporting role in Jojo Rabbit. A double nomination isn’t likely to happen, but as we have seen it is still possible for one person to break through in two categories.

If it were to happen, here are a few actors that we could see receive both a Leading and Supporting nomination for their work this year in film.

Bradley Cooper has become an Academy darling over the past 10 years, as it seems that anything he touches turns to Oscars gold. Well, for anyone but him. Over the course of the last 8 years Bradley Cooper has been nominated a staggering 8 times, but hasn’t managed to come away with a single win. However, I still believe that Cooper, of anyone on this list, has the best shot at becoming a double nominee this year with his work in both Nightmare Alley (Leading) and Licorice Pizza (Supporting).

In Guillermo del Toro’s Nightmare Alley, Cooper plays a manipulative carny named Stan Carlisle. Nightmare Alley has a massive ensemble cast, but it was clear from the trailer that Cooper is going to be the lead of the film. del Toro’s newest film looks to not only be a trippy piece, but a noir thriller as well, and with Cooper being in the middle of it all, this could lead to a nomination.

Cooper also has Paul Thomas Anderson’s Licorice Pizza on his slate as well. Not much is known about this film except that it is following a character played by Cooper Hoffman – son of the late Phillip Seymour Hoffman – a high schooler who is also a successful child movie star. It is still unknown who Bradley Cooper will be playing in this film – though some have speculated it will be Jon Peters, the producer of A Star is Born (1976) – but all of the early set photos have shown Cooper in what looks to be a manic and exuberant role. Cooper’s biggest enemy here is how much screen time he will actually be given, but that hasn’t stopped people from predicting him to not only be nominated for Supporting Actor, but win as well.

Adam Driver has been a common name at the Academy, having gotten back to back nominations in 2018 (BlacKKKlansman) and 2019 (Marriage Story). This year he is in three high profile films: Annette, House of Gucci, and The Last Duel. While he was very good in Annette, and deserves recognition for his performance, we can throw that one to the side since the film was more divisive.

I think if both of these films play their way into the larger race as a whole, Driver could find himself into a double nomination. That being said, the initial reactions for The Last Duel have been primarily mixed and have been highlighting Jodie Comer’s performance more than Drivers. The first trailer we got for House of Gucci was also much more focused on Lady Gaga’s Patrizia Reggiani. However, there is still a chance that Driver could hear his name called twice with a strong campaign.

Andrew Garfield is starring in his first musical, and under the direction of Lin-Manuel Miranda nonetheless. Tick, Tick… BOOM! is one of many movie musicals released in 2021, and Garfield has been searching for that second nomination ever since he received his first for 2016’s Hacksaw Ridge.

In Tick, Tick… BOOM!, Garfield plays a theater composer on the cusp of his 30th birthday. A lot of how this movie does leans on the back of Lin-Manuel Miranda’s direction, but if he can give Garfield enough time to shine – in a movie that is fairly positive – Netflix could give him one hell of a push into the Best Actor competition.

For The Eyes of Tammy Faye, Garfield plays infamous televangelist Jim Bakker. Garfield does have a ton of screen time, but he is clearly the supporting to Jessica Chastain’s Tammy Faye. He is actually quite impressive as he matches Chastain on almost every level of the film, and if the movie was a little better, I would say he should be a lock in this category. He would need a big push, and to ride off the coat tails of Chastain, but it’s possible to see him in either category next year.

Olivia Colman has become an Academy favorite over the past few years, and so it’s not far off thinking she could get two nominations in a single year. This year she has a leading role in The Lost Daughter and a supporting one in Mothering Sunday.

The Lost Daughter is easily her best shot at picking up a nomination. Maggie Gyllenhaal’s writing/directing debut has garnered impressive positive buzz – she won best screenplay at the Venice Film Festival – and Olivia Colman is the lead in a massively complex story.

Mothering Sunday opened to mostly positive reviews. It’s 83% on Rotten Tomatoes isn’t as high as The Lost Daughter‘s 100%, which leads me to believe that the latter would have a better chance at gaining a nomination. It would take a massive push from the team at Mothering Sunday, but when Colman is attached to a project it is hard to count her out.