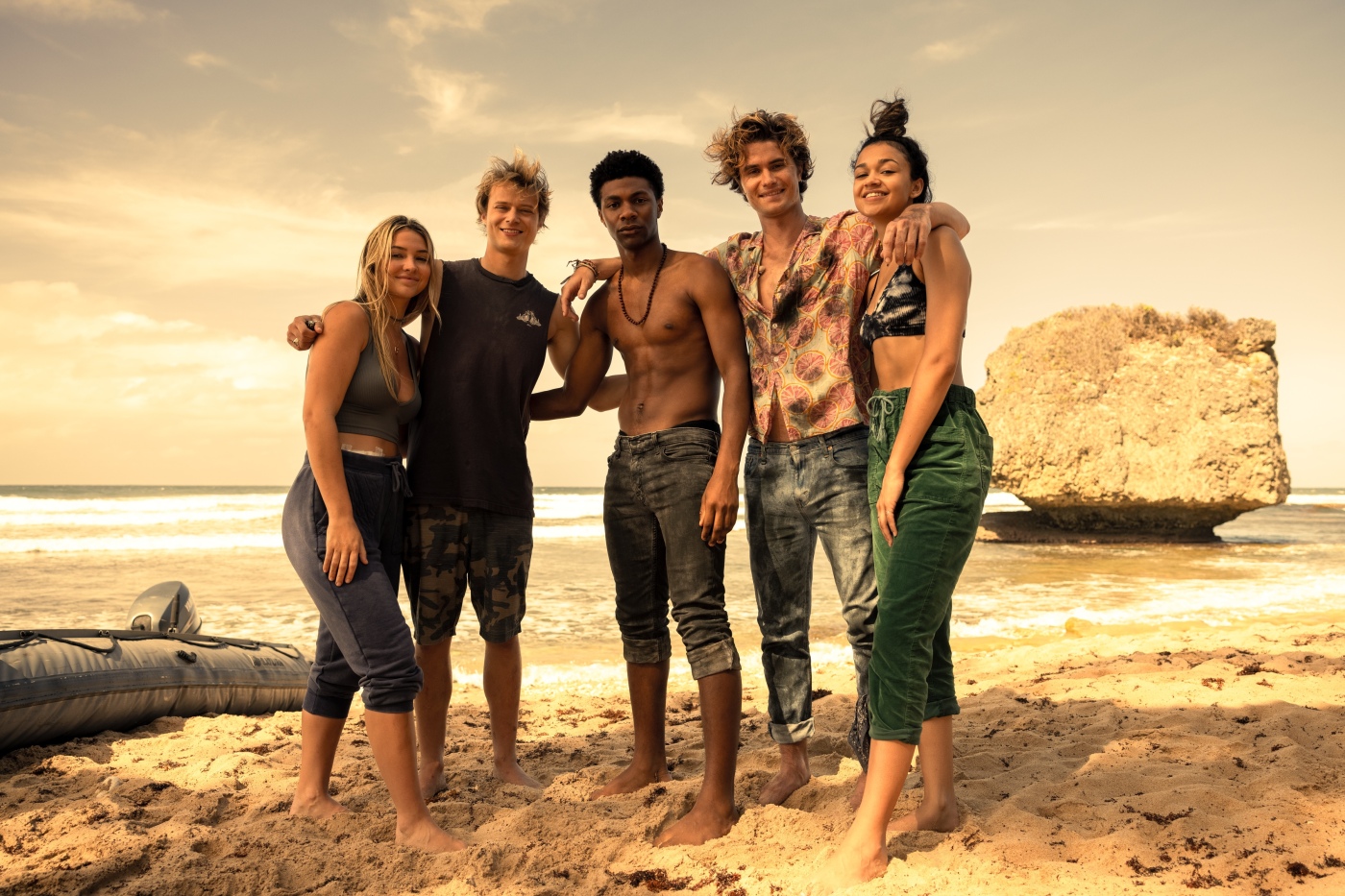 It took me a few months to get into Outer Banks. It wasn’t one of those shows that I thought I would like and after watching the first two episodes, I was sure it wasn’t a show for me. But I powered through the season, and honestly, I loved it and I feel like often we give up to fast on TV shows because of a lackluster episode or two.

The show left off with mass chaos. Did the storm consume John and Sarah? Will Ward pay for what he did? How will the three amigos (Pope, Kiara, JJ) move on without their friends? And what will happen to the gold?

The golden cross has been found and well almost killed Pope. Well, the bee stings are catching up to Pope, and well, he was on the verge of death. I was not too fond of this scene because it was eerily similar to the stage with Sarah. The whole oh no he is dead, oh wait, no he isn’t.

They go back for the cross and the Limbrey and the crew got it before they could get back to it. So the gold cross is in the hands of the bad guys.

HOLY COW! Limbrey with a gun! Gunfire and boom, WHAT, a massive twist I didn’t see coming. Rafe is now taken the cross for himself and calls his stepmom to give her the good news. However, we still have some mystery surrounding Rose and what she’s doing after a mystery package showed up at the door. Could Ward be alive (I’ve thought it this whole time), or is it something else?

Kiara wrecked her parent’s car and she is paying the consequences with them now. I will admit this kid is quite a troublemaker, and her parent’s reactions seem tame to how I think I would act.

Rafe has the gold, the crew knows it, and they try to do whatever it takes to get it back from him. Sarah snuck into the house and stole the keys to get into the truck and Rafe has caught her.

I wasn’t sure how I felt about Rafe taken over as that big-time villain with Ward gone, but he has done a great job attempting to fill those shoes. Of course, he isn’t as good as Ward and I don’t think he has to be, but Drew Starkey has quickly taken the role of Rafe and made him more and more hateable as each episode passes.

Pope chase’s down Rafe as he was trying to ditch a body, and they are going at it heavy! I will admit that Pope could take him in a fight and was disappointed to see Rafe get the better of him here.

This episode is all over the place (in a good way) and sets the stage for the finale. We are in for a massive finale from Rafe getting the cross to the dock to the crew at the pier trying to get it back to the big reveal at the end of the episode.