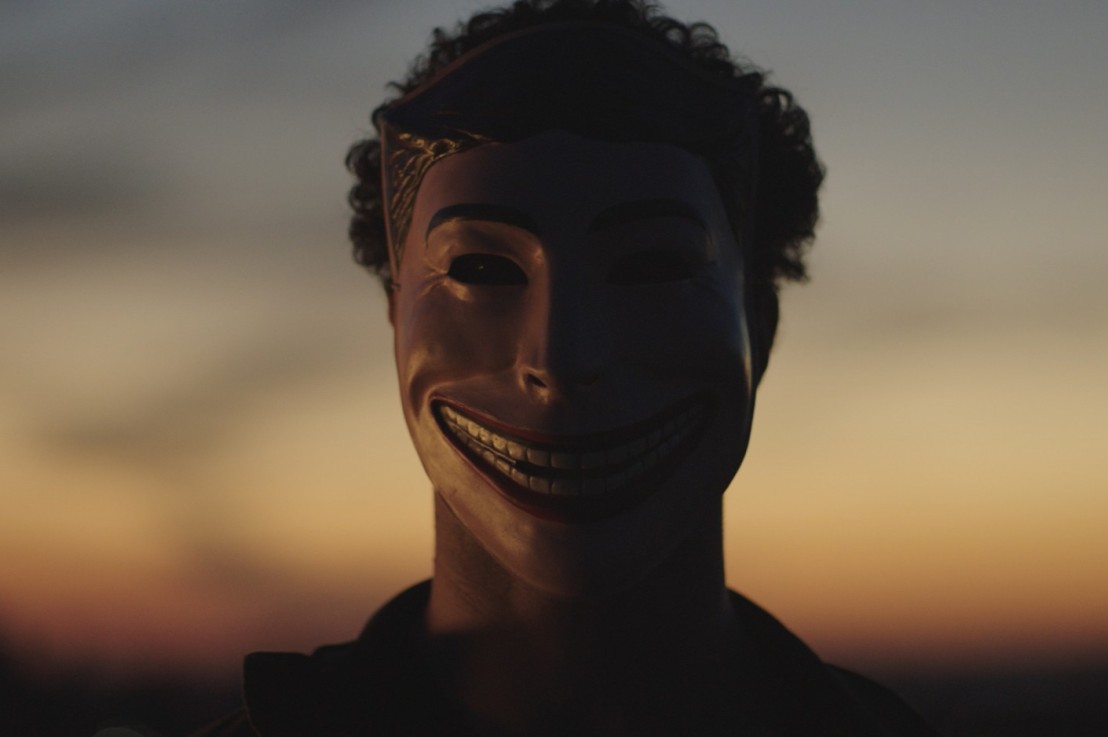 Funny Face came highly recommended from my movie doppelganger, Award Ace’s Erick Weber. He and I typically agree on many movies, so I was excited to put this one on.

Director Tim Sutton develops things slowly to start while conversations transpire, but it’s just noise as he lets the score/cinematography do the talking early on. Saul (Cosmo Jarvis) has the characteristics of the Joker. The way he walks, the way he talks, and even has himself a mask to wear. Saul overhears a conversation with his grandparents talking about how they will kick them out of their house to build infrastructure over them.

We meet Zama (Dela Meskienyar) at the store as she was about to steal something, and Saul confronts her and gives her the money to pay for the stuff. From this point, the two are attached to the hip and roam across the city as they become one.

The idea of a good-bad guy is one that Hollywood has adapted more and more. Saul is a loner, awkward, not personable, and doesn’t even know how to drive. While I mention he has the Joker’s mannerisms, I wouldn’t put him in that villainess category. His motives are pure, yet he goes about them uncharacteristically.

We have a problem in scripts/films anymore of trying to overdue the simple things and that’s where Tim Sutton shines in not doing just that. He lets his craft behind the lens and incorporates the beautiful technical features to tell this story.

Speaking of the film’s technical aspect, you’ll be hard press to find a movie this year that will match the color palette and the score that this film brings to the table. Phil Mossman’s score carries this film from start to finish. The score reminded me of a rock concert at times, and several times throughout, he drops the beat that leaves you in awe. I can’t wait to listen to this score on repeat. Lucas Gath, equally as present cinematography, is GORGEOUS! This man painted a canvas over the movie, blown away. Phil Mossman and Lucas Gath brought their A-game.

The awkward combination of Dela Meskienyar and Cosmo Jarvis just works, and honestly, I am blown away that it does work the way it does. Sutton did a remarkable job of casting here with these two. They are both quirky, charming, weird, as Saul and Zama. The film works because of these two. I loved the uncharacteristic nature of this beautiful relationship shows that we can find the one we love in the midst of the wildest of times.

One thought on “Funny Face Review”