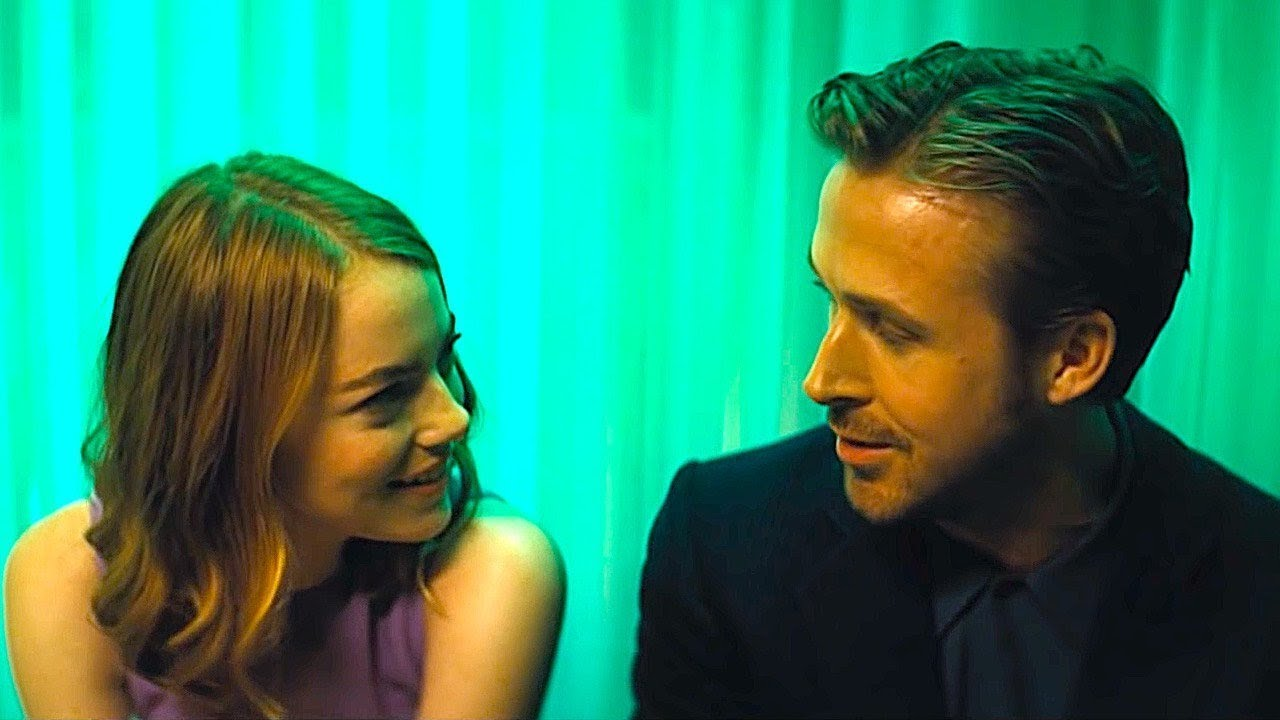 As I begin to write this review with the sensational soundtrack starts playing through my headphones. What I am writing about here is arguably one of my favorite movies. In this review, I shall discuss the plot, my thoughts, why people weren’t so keen. The movie I am talking about is La La Land, the fourteen times Oscar-nominated and five-time Oscar winner. I first watched this very late, as I missed the arguments on whether this film was good or not. However, I’m glad I eventually saw it. I’m certainly not the first one to choose a musical when deciding on what I want to watch, but I am a fan of musicals no doubt.

The plot.  I understand some have issues with whether the plot was very fulfilling or not. However, I choose to ignore this because I am in love with the plot. The story follows a struggling actress, Mia (Emma Stone), and Piano Player, Sebastian (Ryan Gosling). Both characters crave their dream job and dream life, which eventually draws them together. This ‘relationship’ we follow is amazingly written due to its honesty. These characters have both this love for each other but also maintain a love for themselves too. We get to understand how desire can sometimes overrule love, especially when trying to support yourself and your dreams as well as, each other.

My feelings towards the film, and what I love about it. I have to start with the beautifully made soundtrack! Each song is so unique to the film, and I’m obsessed with the many layers in the songs. My personal favorite is ‘City of Stars’, as I’m a huge fan of when films use musical repetition (repeating the same piece of music to enhance an emotion). I feel this makes the movie so much more memorable, and the song is on its own so beautiful. I also love how unpredictable the film is. In most romance and musical films, you can usually guess the ending due to cliche or repeated storylines, however, this wasn’t the case for La La Land. Without spoiling, I know some were upset with the ending, but I felt it was realistic, and although gutting, left me thinking, ‘wow they did that’. I truly love this movie and all the artistic choices made, it’s a wonderful watch.

I want to touch on the controversy when the film first came out in 2016. I understand I didn’t personally watch it at this time, however, I did hear that a lot of people loved and a lot of people hated this film. I suppose I can never fully understand why people don’t like this film but research showed it was due to an unfulfilling plot and out of place scenes. I respect people’s opinions and think this is due more to people’s taste in cinema. The other factor I found when researching was people weren’t happy with Stone and Gosling’s singing and dancing. I find this to be strange, I love to see these famous faces pushing themselves out of their comfort zones and giving something different and unexpected. Given they aren’t the best singers in the world, but they made some great music in the films, and the infamous ‘A Lovely Night’ dance scene, which no-one could argue with.

I conclude my review with a few final thoughts; I will always find this film much more than enjoyable but an amazing example of a musical and romance story done right. I can understand why there was controversy over people’s tastes and own opinions whether I choose to agree or not. La La Land has won awards and has mostly a fantastic response which I feel one cannot argue. It is and will always be a beautiful film, with amazing actors, fabulous musical numbers, and brilliant directing no doubt. I would most definitely recommend it for all to watch, It’s one of my favorites, and I wish I could have seen it in theatres.