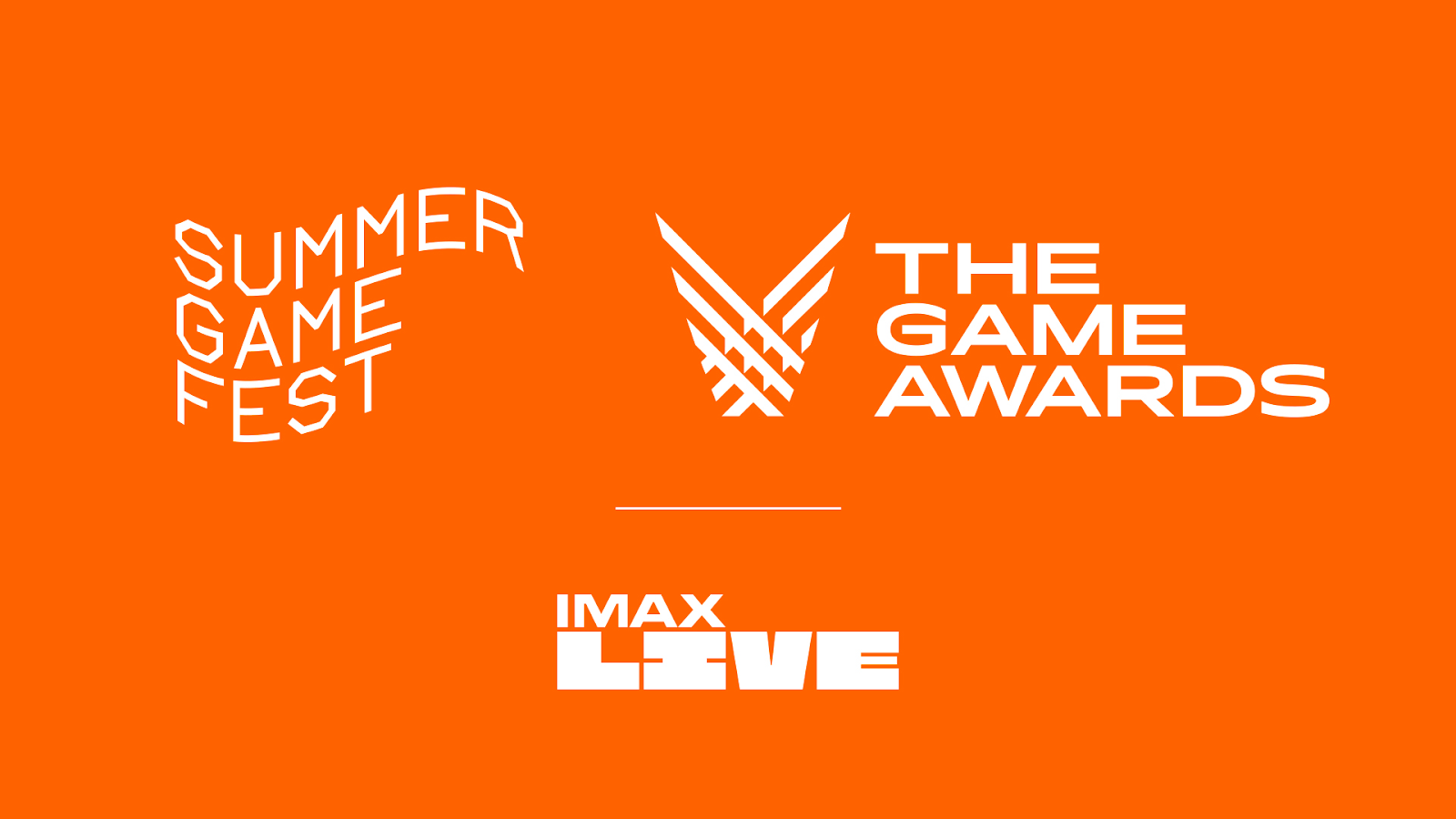 We have some incredible news to share with you today!

IMAX’s partnership will begin with Summer Game Fest Live!, set to air live on June 9 at 11 am PT / 2 pm ET from Los Angeles. It will be followed by The Game Awards 2022 in December, live from Microsoft Theater in Los Angeles. Tickets will go on sale for Summer Game Fest on May 12th at 9 am PT / 12 pm ET.

The 9th annual The Game Awards will celebrate the best games of the year, while also previewing the future of the medium with spectacular world premieres and new announcements. Now the gaming community can gather for the shared experience of blockbuster gameplay reveals, next-generation trailers and surprise new game announcements, hosted by Geoff Keighley and broadcast live in IMAX, the world’s highest quality and most immersive cinema format. IMAX will be broadcasting this event across the Company’s LIVE network, which is currently in over 50 markets in the United States.

“Video games are the most powerful, immersive and spectacular form of entertainment in the world, so it’s only natural to bring them to fans in IMAX, the world’s most immersive cinema format,” said Geoff Keighley, producer, The Game Awards and Summer Game Fest.

“We are thrilled to be a part of these rapidly growing events,” said Megan Colligan, President, IMAX Entertainment and Executive Vice President, IMAX Corp. “The two video game events are a part of IMAX’s continued efforts to diversify its content portfolio with more live and interactive events and we are looking forward to being a part of them for years to come.”

SUMMER GAME FEST is a fan-first celebration of the future of video games, headlined by an extensive roster of digital events from the world’s top game developers and platforms. Last year’s Summer Game Fest Kickoff Live event featured the world gameplay debut of ELDEN RING by fromSoftware, the announcements of DEATH STRANDING: DIRECTOR’S CUT on PlayStation 5 with Hideo Kojima and TINY TINA’s WONDERLANDS from Take Two, as well as appearances by Ryan Reynolds, Jeff Goldblum, and Giancarlo Esposito, plus performances by Weezer and Japanese Breakfast.