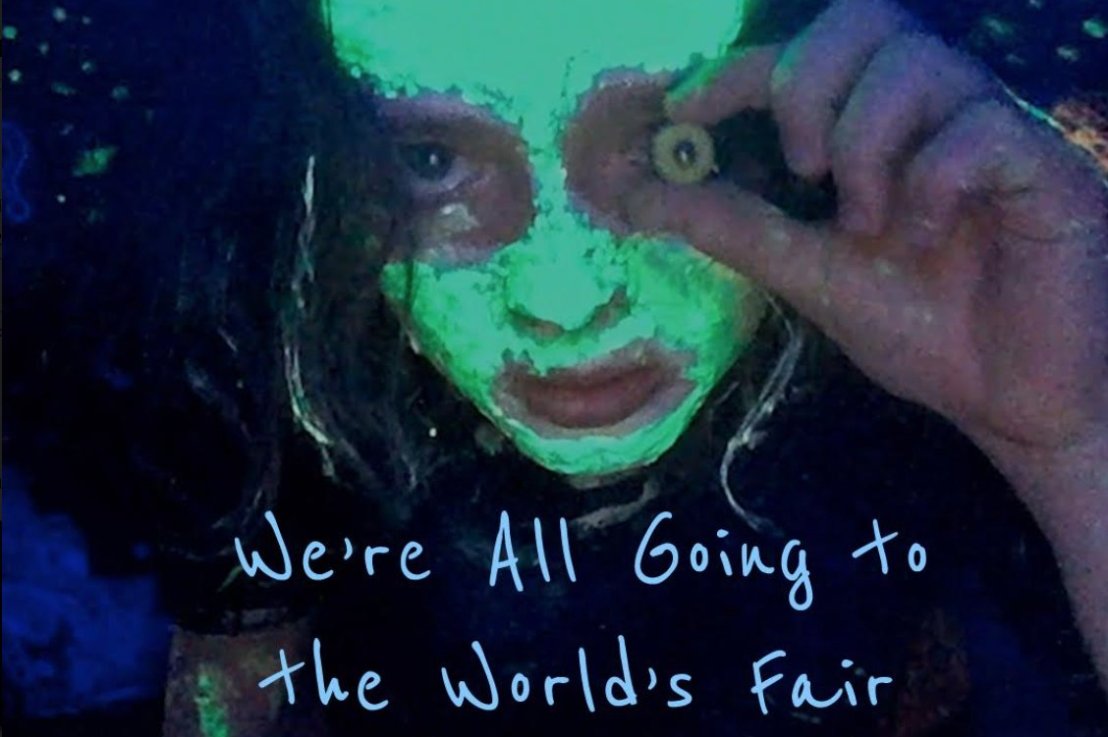 This was watched as part of the 2021 Nashville Film Fest.

Synopsis: Alone in her attic bedroom, teenager Casey becomes immersed in an online role-playing horror game, wherein she begins to document the changes that may or may not be happening to her.

There is a moment in the beginning long take (one of many long takes throughout the film) where Casey peers right into the camera. It is long and haunting, and gives off the feeling as if she is watching you someway. You don’t know how or why, but just as you can see her, it feels like she can see you.

It is these kinds of haunting moments that make We’re All Going to the World’s Fair work as well as it does. These haunting moments where the space between the audience and the subject becomes so paper thin you feel as though you can reach out and touch one another. It’s an agonizingly terrifying experience, and as an audience member you are trapped between wanting to turn it off, and wanting to know what comes of it.

Jane Schoenbrun, directing their first feature film, was able to capture this petrifying feeling in such an agonizing way. The rawness of this film might be expected from an unseasoned director, but in this case it lends itself well to the aura of the situation at hand. It makes everything seem and feel as real as can be, and again, thins down that space between viewer and subject to create a film that feels like something really happening.

Which, in a way, this is really happening. This film does an excellent job in laying out one of the major issues that comes with being young on the internet. Challenges and risks are taken everyday. Some are harmless, like Tik Tok dances, but some can be dangerous, like the people who try to walk over the milk crates. Either way, there is always this attempt to gain some sort of internet stardom by doing something that others wouldn’t believe.

We have, sadly, seen this happen in the past with similar instances of “internet propaganda” being taken way too far, and the lore created by someone with a laptop can destroy lives. The use of an internet “cult” to draw these children in and cause them to do things they don’t wanna do is a terrifying, but real thought. I felt this film touched this subject fairly well, and I really liked how this film highlighted how something as dangerous as the “World’s Fair” is used in other forms of media. It’s done in a way to build horror surrounding it, but only causes it to grow in relevance as it reaches a wider audience.

Anna Cobb as Casey is a pure find in this film. She terrified me, and she will be the reason I won’t sleep for a week. You never knew where her character was going to go, and you were always frightened by what could happen. Her unpredictability lent itself well to this character because you could really sense something was taking her over. Something truly paranormal was happening to her and we were just along to watch. Like I said earlier, some of these challenges can be taken too far, as they are designed to manipulate the viewer into thinking this is life.

We’re All Going to the World’s Fair is a fairly strong exploration of that issue. We never quite knew if what we were watching was really happening to her or if she was just doing it because it was “just videos.” I think the scariest aspect is not knowing what exactly was going on, and still being forced to sit through all of these changes. I do think there were times where the structure of the story got away from what was really working, and there is a second Point of View shown that I didn’t think was necessary, and kind of took me out of some of the film.

Nonetheless, this movie is a haunting one, and one that truly captures some of the horrors of social media and web challenges in a real way. The directing was spot on from Schoenbrun and the film as a whole is one of the most menacingly poignant movies of the year.

Final: We’re All Going to the World’s Fair is a terrifying look at the manipulative side of the internet. The directing, acting, and score all blended together to make this one of the scariest films of the year. The rawness in the filmmaking allowed for a more real feel that caused the horrors to be even greater. There was some issues with the stories structure, but nevertheless, this movie was a terrifying gem.