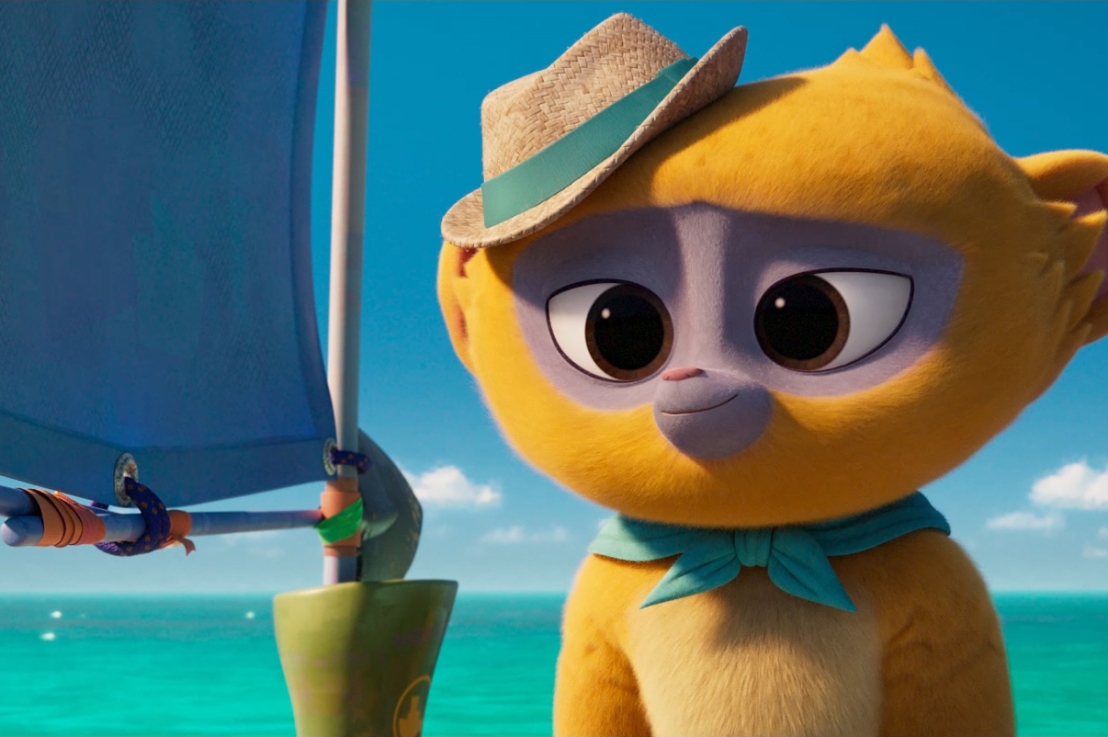 Synopsis: A kinkajou by the name of Vivo is tasked with delivering a song to a famous singer.

It wasn’t too long ago that the term “Sony Animation” was tied to films like The Smurfs, Open Season, and best of all, The Emoji Movie. Of course Sony Animation had some high quality films like Cloudy with a Chance of Meatballs (big thanks to Lord and Miller for that one), but overall, a Sony Animation picture was never one that me, or many others, used to get excited for.

Then, primarily with 2018’s Oscar Winning Hit Spider-Man: Into the Spider Verse, something changed for the animation studio. They stopped trying to mimic the Disney/Pixar style of film, and completely went in a different direction. That direction allowed for their films to feel different. Over the past few films they have done, the only consistent nature of them is that they have been different.

That brings us to Vivo, Sony Animation’s first dive into the animated musical genre. While Vivo might be something new for Sony Animation, it isn’t new for Lin-Manuel Miranda who has had to fight for over 10 years to get this film released. After watching this film I am glad Lin fought for it because Vivo very well might be the best film work Lin has done yet.

As a kinkajou Lin takes us on this incredible journey about remembrance, love, fitting in to new surroundings, and most of all, music. Vivo feels lost in this new world, but he learns to overcome his surroundings. The story is fairly straightforward, but it still works in such an effecting way. I still felt for Vivo and his new friend Gabi and even though they didn’t speak the same language, they both understood music and could communicate their goals through song.

Similar to Pixar’s Coco, this is a musical primarily about music and about the love and preservation of music. I really believe the songs that we get in this film are easily some of the best that Lin has ever put on screen. I absolutely love Moana, and I still think Moana is a better movie, but as a whole I think Vivo offers the best of Lin-Manuel Miranda as a composer and a performer. In this film Lin manages to also tell the story through the music, and uses his theater background to give dialogue heavy songs that not only work well in terms of the movie, but sound interesting on their own as well.

Lin is incredibly involved with many musical productions this year, and there is a fear that an overexposure could occur since he is a very specific kind of performer. But the one thing that will always keep Lin away from that overexposure is his ability to always have something to say. He might not have the best voice in the world, but when he performs you can feel the words he is trying to get across, and of all the work he is doing this year, as of now I think this is his best shot at finally getting his EGOT.

I do think the journey felt a little short. At around an hour and a half runtime, the movie flies by, and I think this is one of the rare occasions where a longer film could’ve provided so much more for this character. I do think some plot devices were wrapped up quickly, most notably the ones with Bryan Tyree Henry’s character, but even if they wrapped up quick the film still did a good job of telling and showing these moments in fun and inventive ways.

And inventive is one of the best things I can say about Sony Animation. I wouldn’t have expected something like this from the director of The Croods and Space Chimps, but Kirk DeMicco really does a magnificent job with this film. He manages to keep this movie fun and entertaining throughout, even when it does get a little predictable. It’s never boring and it’s never dull. The lights and spectacles that work so well in animation are put on full display in this film, and there are even some 2D animated scenes that brought me to tears.

I have to give props to Sony Animation. A studio that I never would have thought twice about in the animation world is quickly becoming one of my favorites. They have an ability to remain fresh and keep finding new ways to break the mold in animation, and Vivo is a perfect addition to that. This movie will make you laugh, cry, and feel in a way only some of the best animated movies can do.

Final: Vivo takes us on a journey of love, remembrance, and fitting into a world unbeknownst to your own. Lin-Manuel Miranda is at his best as a composer and a performer, and Sony Animation continues to prove itself as one of the top-tier animation studios today.