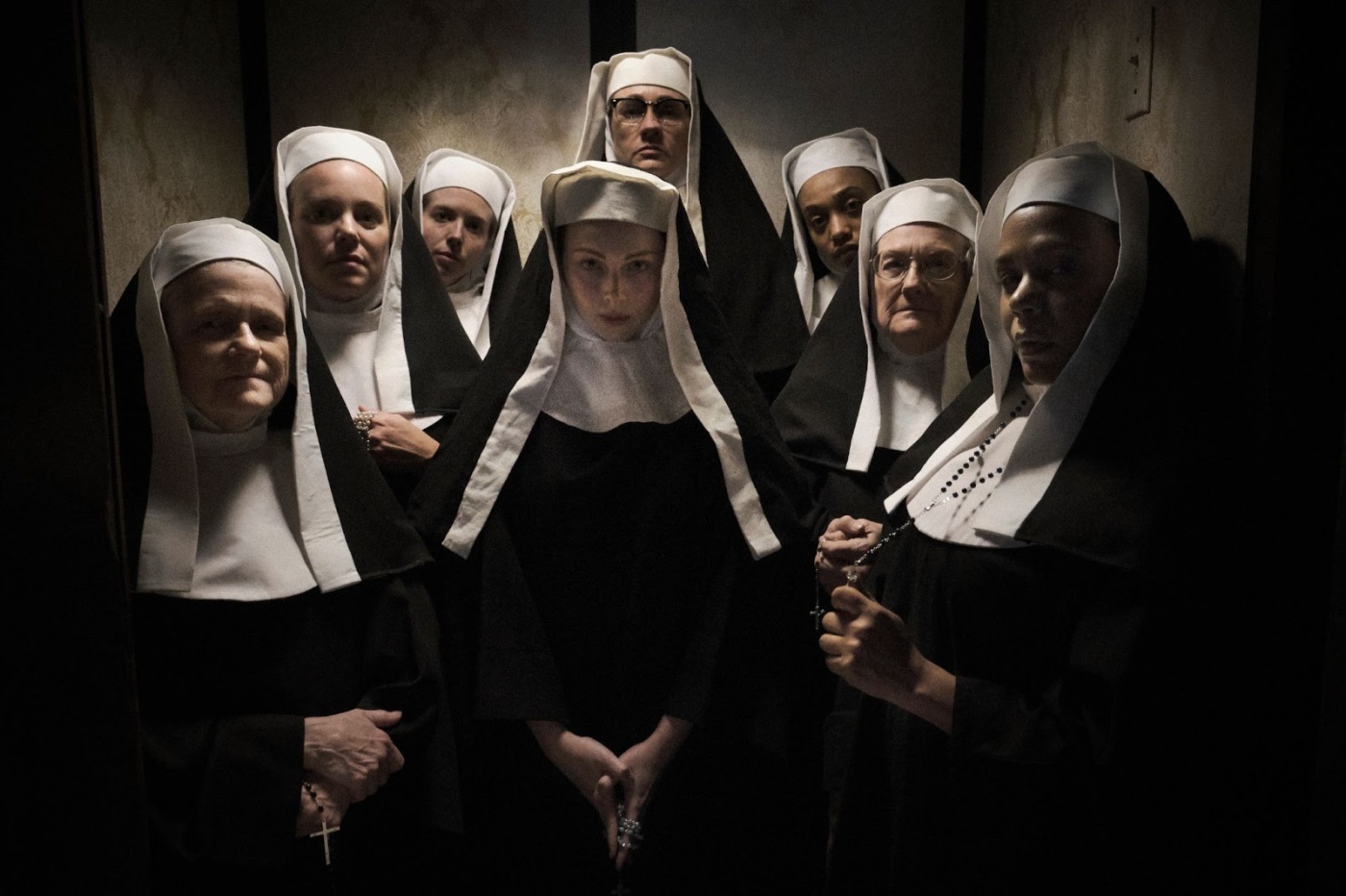 A nun’s disturbing behavior sparks rumors of demonic possession at a remote convent. When a priest-in-waiting and his disillusioned mentor are sent to investigate, their methods backfire, leaving a wake of terror and trauma.

We meet Benjamin, a priest-in-waiting, struggling as he barely passed the test and isn’t handling the future pressure very well. The Church finds out that there are potential demonic possessions at the remote convent, and they want to send him. The Priest and Benjamin travel to the convent to meet sister Agnes. Upon meeting her, she is tied up, and they begin to use the Bible’s words and perform the exorcism.

Horror movies tend to get the build wrong which losses me early in the process. But, one impressive thing is the anticipation that director Mickey Reece creates leading up to the exorcism. The way he shot everyone walking down to this room where Agnes is locked up and how he utilized this pulsating score to build the drama truly brought the suspense to the table.

Fast forward, and Mary has entered into the real world, a job, a life outside being a nun. Mary stumbles across a stand-up one night which Paul Satchimo was performing. Agnes was in LOVE with Paul, and that alone attracted Mary to grow closer to him.

I had a massive problem with the transition from the convent into the real world. We had some fantastic world-building, and when we left, the entire movie was different. I loved the progression we see from Mary’s character within the new world, but the script feels empty. Reece had us in the palm of his hands after the first act and he just dropped us like we were nothing after.

Molly Quinn is excellent in this, and she does her best to carry that second and third act, but even her strong performance couldn’t save a lackluster script. She alone is worth watching the film, though.

The score, cinematography, Molly Quinn, and a solid first act all stand out but overall, I can’t express enough my frustration on how they had something special here and dropped the ball.