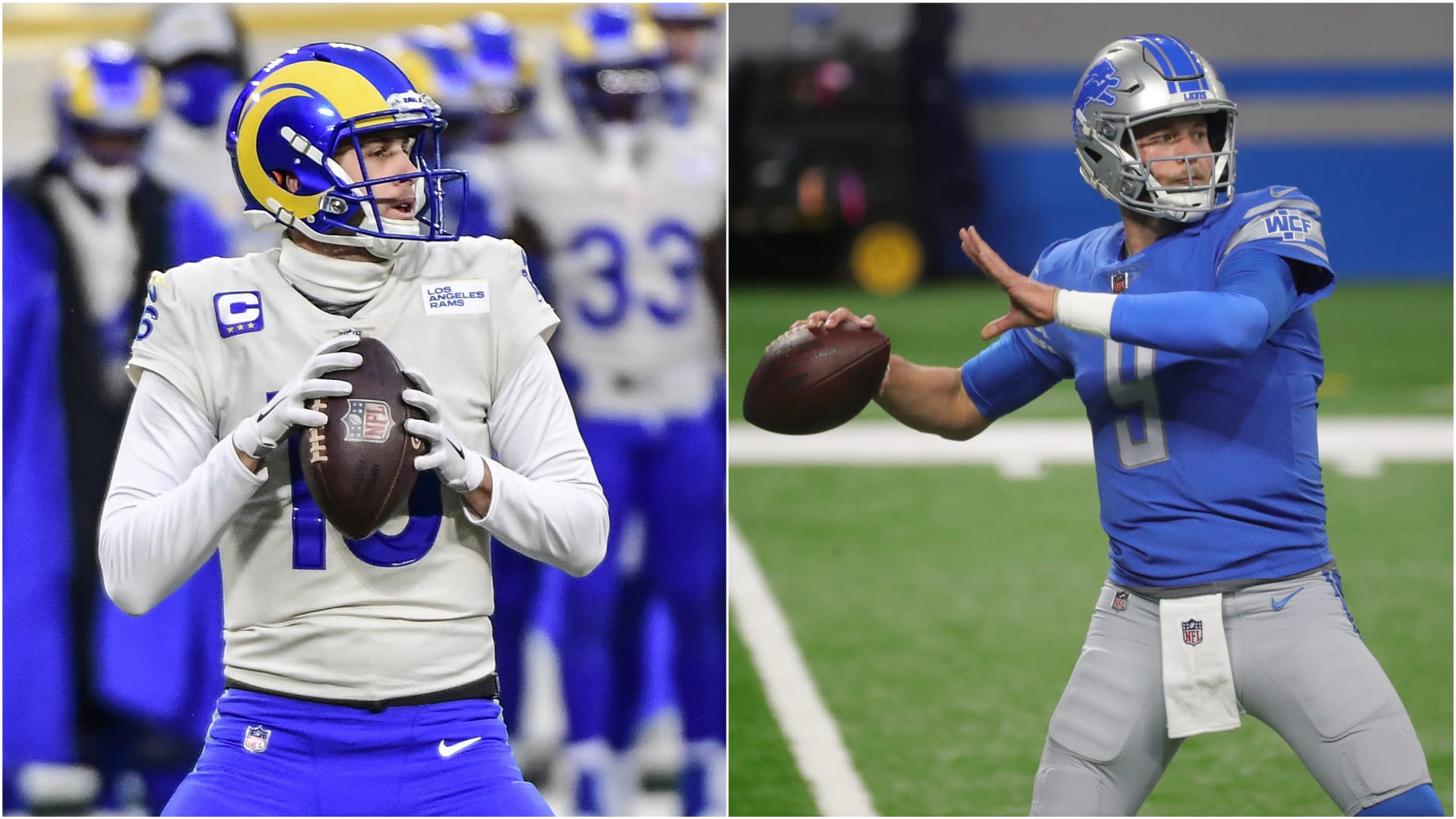 We’re still more than a month away from the official start of the 2021 season, but we got our first big off-season move on Saturday as the Detroit Lions and Los Angeles Rams swapped starting quarterbacks. The players involved—Matthew Stafford of the Lions and Jared Goff of the Rams—are both form No. 1 overall picks, too.

The trade was a major move, with the Rams trading their future for a potential upgrade at quarterback while clearing a rough contract from the books. For the Lions, in the midst of a re-build, this gives assets—though they have to wait a while for them to mature. So what does this mean for both team, and what does it mean for fantasy players?

Stafford to the Rams

Stafford is a 12-year veteran, spending all those with the Lions. As a starter he’s gone 79-101-1 over that time, making the playoffs three years. But Stafford is only one piece of the puzzle that gets to that record, and for his part he’s been a steady and accomplished passer.  He’s thrown for 45,109 yards over that time and 282 TDs against only 144 INTs. He’s also started 16 games in nine of his 12 seasons, including nine of the last 10 seasons. And he’s going to a deep and talented team in the Rams.

In Los Angeles, in addition to being paired with a defense that finished No. 1, he will have a plethora of weapons. Receivers Robert Woods and Cooper Kupp are under contract, and each has been stellar. In 2020, Woods caught 90 passes for 936 yards and six TDs while Kupp caught 92 passes for 974 yards and three TDs. He’ll also have second-year receiver Van Jefferson, second-year tight end Brycen Hopkins and veteran tight end Tyler Higbee at his disposal. He also has a couple good running backs in third year man Darrel Henderson and second-year player Cam Akers. Akers, in particular, impressed down the stretch as he finished his rookie year with 625 rushing yards and two TDs. Henderson added 624 yards and five TDs, and while I expect Akers to take a step forward it’s a good tandem.

The biggest challenge for the Rams will be a lack of draft capital (the team doesn’t have a first round pick until 2024 currently) and the salary cap. Moving on from Goff accelerated $22.2 million of dead cap in 2021, leaving the team just over $35 million over the cap. Cuts will have to come, but if the Rams can maintain this core around Stafford, and the offensive line holds up, this should be a good team. Stafford has easy Top-12 potential, as does Akers, with Kupp and Woods in Top 20 range.

Goff to the Lions

Goff was with the Rams for five seasons, going 51-33 in that time as a starter including 9-6 in an injury-marred 2020. He was back for the playoffs, coming in off the bench in a win over the Seahawks and playing decently in a losing effort against the Packers. Goff has posted 18,171 yards and 107 TDs with 55 INTs. He also went 3-3 in the playoffs, including guiding the team to the Super Bowl following the 2018 season where Goff and the Rams lost to Tom Brady and the Patriots. But it seemed as though Rams head coach Sean McVay believed he hit a ceiling in terms of how far the Rams could go with Goff at the helm, so the star was moved.

The Lions will get three picks along with Goff, though the first round picks are delayed. They also paid a steep price, incurring $19 million of dead cap from Stafford’s contract to put the team at more than $10 million over the 2021 Cap, not a great situation for a rebuilding team. The Lions also have plenty of work to do on offense. The team has two good stars in second-year running back D’Andre Swift, who had 521 yards rushing and eight TDs to go along with 46 receptions for 357 yards and two TDs, and third-year tight end T.J. Hockenson, who had 67 receptions for 723 yards and six TDs. But the team’s top two receivers heading into 2020—Kenny Golladay and Marvin Jones—are both free agents, with no guarantee either is back. That leaves second-year receiver Quintez Cephus, who caught 20 passes for 349 yards and two TDs as the best receiver option currently.

I don’t expect Goff to be a Top 12 option in 2021, but he could be a solid QB2. Hockenson should be a Top 10 tight end and I like Swift as a Top 20 option, too. The question will be receivers. Detroit has plenty of work to do on defense, too, so this offense could frequently be playing from behind. With a good draft and some work, it could be a decent offense for fantasy.