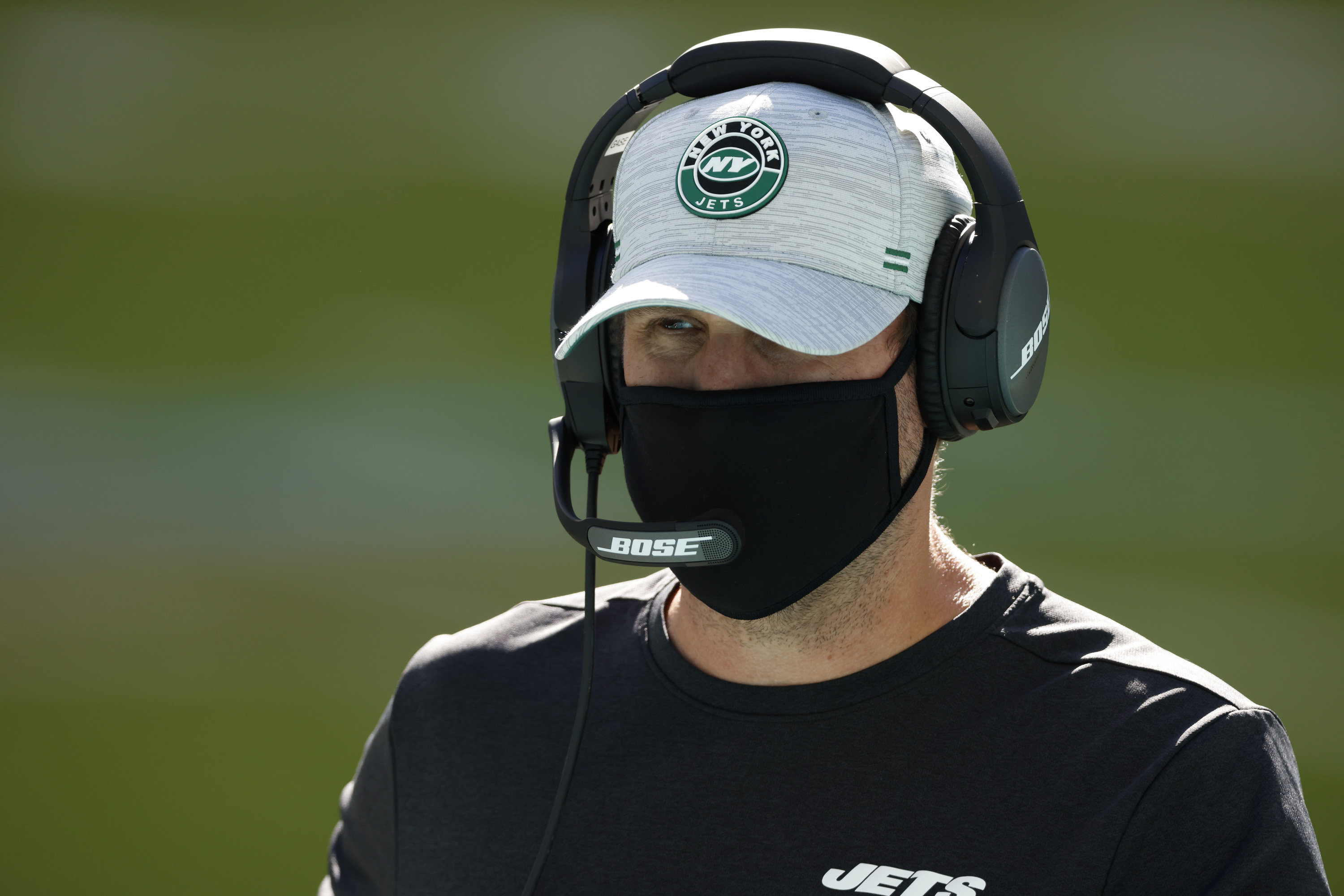 There were some big scores on Sunday, and that means you might be sitting on a big lead or in a big hole. Either way, you’re on the lookout for some Monday Night Miracles, which could be possible with a good Buccaneers team facing a bad Giants team. But more on that in a minute. First, let’s consider what we learned from the rest of Week 8.

The Jets Are Really Bad

I know, not a shocking statement for the league’s only winless team. But it’s not just the lack of wins that leads to this conclusion, it’s the fact the team has looked atrocious in the process. They lack spark on both sides of the ball and seem content to ship out any real assets they have. What does this mean for Sam Darnold long term? Well, it likely means that he’s not going to be on the Jets in 2021, but he could get a shot somewhere else. He probably should, too, considering it doesn’t seem like the Jets have ever put much of a team around him. The other big question is how long we see head coach Adam Gase in New York. If I’m the Jets, at this point I want the top draft pick so there’s no point in moving on from Gase until January. We’ll see if the Jets’ management feels the same.

The Revenge Narrative is Over-Rated

We saw two running backs facing their former teams on Sunday in Le’Veon Bell, who clashed with the Jets, and Melvin Gordon, who faced the Los Angeles Chargers. Bell, just a few weeks removed from being unceremoniously cut by the Jets, figured to do damage with his new team, the Chiefs. Instead, he had seven yards on six carries and caught three passes for 31 yards. Bell was one of four backs to get carries on Sunday, and he was third in terms of yards… Gordon, meanwhile, saw his new team, the Broncos, complete a fun and furious comeback. And a huge TD run was a part of it, but said run came from Philip Lindsay, whose 55-yard TD scamper was the fuse that lit the Broncos’ comeback. Lindsay ended with 83 yards and a touchdown on six carries. Gordon, meanwhile, had 26 yards on eight carries and 21 yards on six receptions. (He also made me want to pull my hair out 14 times, the number of times he got touches.) So, yeah, the revenge narrative can be safely ignored for fantasy football.

The 49ers Are In For A Long Season

The reigning NFC Champions came into the season with a talented roster and a lot of hype. But injuries have crippled the team, with a revolving door at running back and quarterback being hallmarks of a 4-4 start. Now, 4-4 doesn’t sound that bad, and it isn’t. If the 49ers were in the NFC East, they’d still be cruising toward a home playoff game. But they’re in the NFC West, where 4-4 is good enough for last place. That’s a problem. And it’s a problem that doesn’t seem like it’s going to improve any time soon. The runner up in the Super Bowl has long had a hangover that carries into the next season. It seemed like the 49ers’ roster was good enough they could over come that, but injuries have been the great equalizer. Unless something turns around soon, the 49ers could be a good team watching the playoffs from the comfort of their own homes.

And now, on to the Monday Night Football game.

This doesn’t figure to be a great game. The Giants haven’t been a good team this season, and now their offensive line took a hit due to COVID. That doesn’t bode well for second-year quarterback Daniel Jones, who’s struggled with turnovers throughout his tenure with the Giants. So, if you need a Monday Night Miracle, I hope you’re playing some Buccaneers.

Tom Brady has been on fire of late, and it hasn’t mattered who is at receiver. I suspect that continues tonight. I had him as a QB1 heading into the week, and I think he could give you 20-30 points tonight. The big beneficiary figures to be Mike Evans. Chris Godwin is out with injury and Antonio Brown is still suspended, so Evans figures to be a main target against a secondary that’s not great. Evans had a quiet, almost non-existent day in Week 7, but I suspect he gets a touchdown in Week 8. Also, a good play is Scotty Miller, who has another chance to show that Brown is a luxury, not a necessity, and tight end Rob Gronkowski, who of late has looked like New England Gronkowski. A deeper dart throw is rookie Tyler Johnson, who has flashed at times of late. This could be his last chance before he gets truly buried on the depth chart.

For the Buccaneers, the backfield is the bigger question. For a while, with Leonard Fournette out, Ronald Jones looked like a potential RB1. With Fournette back last week, it seems this is a true split where Fournette is the better PPR play thanks to receiving work. That’s a bummer for fantasy players, but I’d say both are playable, but as low-end RB2/Flex options. One will likely score tonight, but it’s hard to handicap right now.

For the Giants, I hope you’re not relying on anyone. Jones feels like a tough play, and with Devonta Freeman out, I’m not optimistic about the running game. The Buccaneers have a solid run defense, and Wayne Gallman doesn’t figure to explode. That’s the ultimate Hail Mary. Among receivers, many were high on Darius Slayton pre-season, but he hasn’t seemed to consistently click with Jones in 2020. Sterling Shepherd looked great coming off IR last week, and if I have to play a Giant he’s the one I feel best about. But, again, I wouldn’t want to rely on any of them.

Prediction: The Buccaneers get the win to move to 6-2.