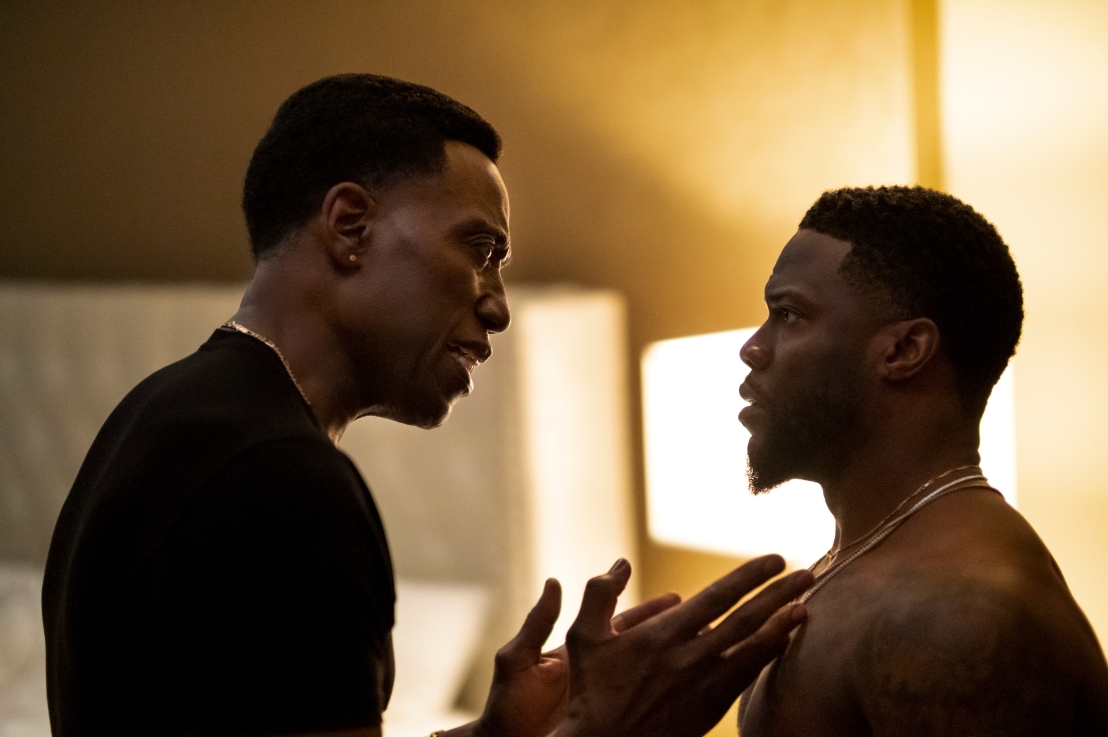 Premieres Globally on Netflix on November 24, 2021

Early on, we meet Kid (Kevin Hart), a bonafide superstar. He is much like Kevin Hart, a standup comedian and a movie star with a massive box office hit. While that is all fine and gravy, it all comes with its issues.

Kid is struggling with a divorce, dealing with fame, but more importantly, his older brother Carlton (Wesley Snipes). He is the type of family member that drains everything from their family, especially Kid and his bank account.

Carlton is home in Philly promoting his movie and doing standup. Since he is back at home, he meets up with Carlton, looking for more money. But first, they go to the club where Kid feels the pressure after being six months sober to take a drink. What happens next seems to always happen when Kid is with Carlton: they get in deep shit.

The following day, they wake up and the woman Hart slept with was dead. Neither of the guys wants to go down for the murder, so they attempt to cover it up.

On the surface, you see a project like this from Kevin Hart and you expect the laughs and even some drama, but what we got was something we had never seen before from him. The setup, delivery and execution to reel the viewers into this series is done with perfection.

One scene in particular highlights the single best piece of acting I have ever seen from Kevin Hart. The intensity and conviction of it truly blew me away. Hart showcased that he should be taken seriously as a dramatic actor.

The entire first episode was terrific. The chemistry between Wesley Snipes and Kevin Hart is electric and both acted their asses off. Excellent writing and acting setting us up to dive into this series.

2 thoughts on “True Story Recap: Chapter 1: The King of Comedy”