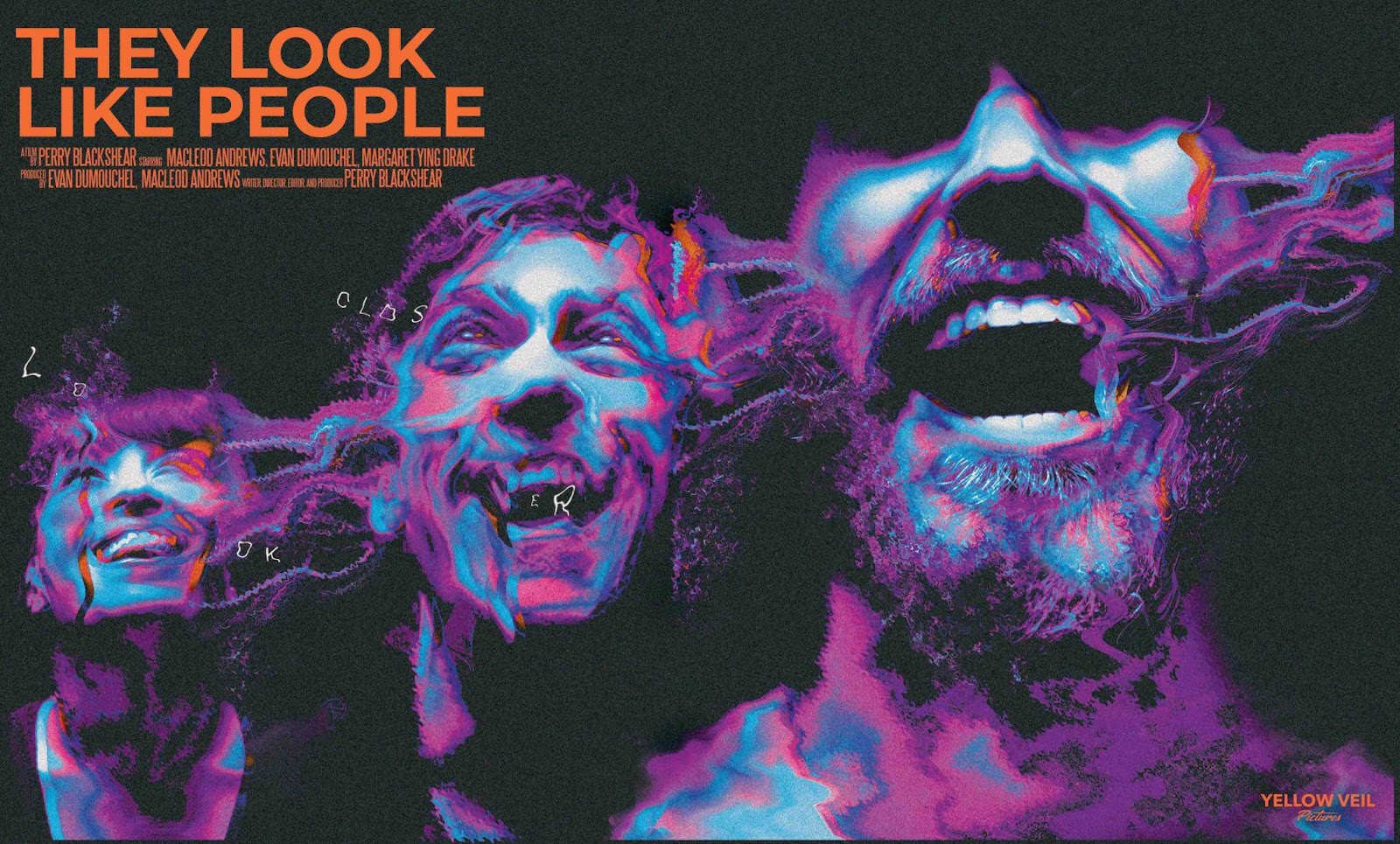 A huge announcement from our friends from Yellow Veil Pictures about the upcoming release of They Look Like People Collectors Edition being released on Blu-Ray. We have all the details and what is in the set below.

Synopsis: Suspecting that people are transforming into malevolent shape-shifters, Wyatt flees to New York City to seek out his estranged childhood friend Christian. As the mysterious horrors close in on Wyatt, he questions whether to protect his only friend from an impending war, or from himself. A genre-bending story of love, loyalty and living nightmares.

A critical and festival darling upon its initial release in 2015, Perry Blackshear’s feature debut THEY LOOK LIKE PEOPLE, which he wrote and directed, world premiered at the 21st Slamdance Film Festival and was instantly hailed for its masterful handling of a sparse production and highly effective emotional and terror beats. A standout to this day among genre films that tackle the challenging theme of mental illness, THEY LOOK LIKE PEOPLE stars MacLeod Andrews, Evan Dumouchel, and Margaret Ying Drake, all three of whom teamed up again with Blackshear for his subsequent 2019 feature THE SIREN and most recent 2021 feature WHEN I CONSUME YOU. Blackshear also shot, edited, and produced, while Andrews, Dumouchel, and Kimberly Parker co-produced the multi-award-winning indie psychological horror.