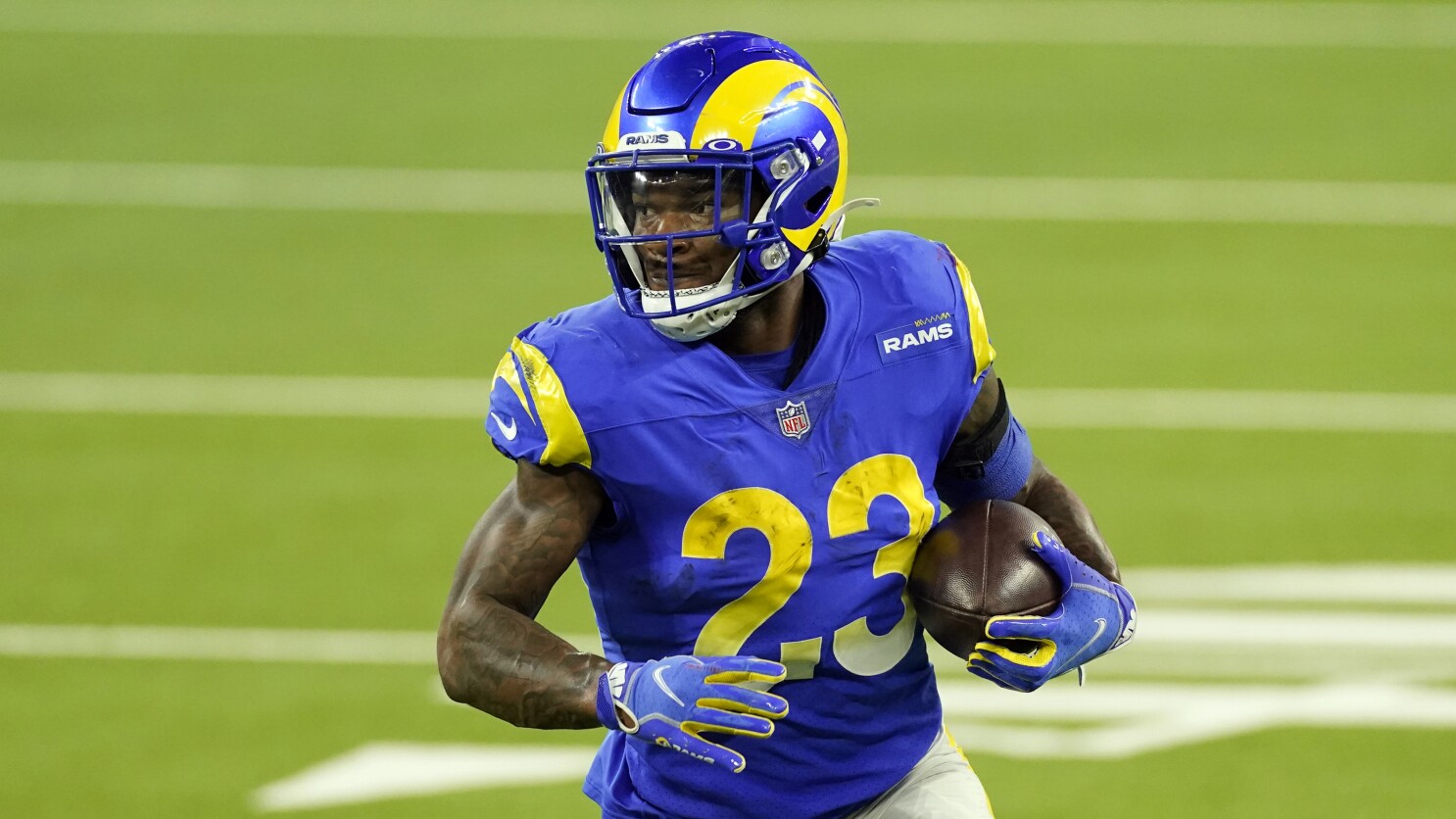 The first of the rookies reported to training camp today as the NFL’s 2021 season begins to get under way. And as teams return, so too do the devastating pre-season injuries. Cam Akers, the Rams’ projected starting running back, tore his Achilles Tendon and is out for the 2021 season. The injury shuffles a key offensive position group and deals the Rams a bad hand right out of the gate.

Akers was a Second-Round pick in the 2020 draft who went into last season splitting time with Darrell Henderson, Jr., and Malcolm Brown. Toward the back half of the season, and into the playoffs, Akers took off. He ended the season with 625 rushing yards and 2 TDs on 145 carries, adding 11 receptions for 123 yards and a TD. He started five games, appearing in 13. In the playoffs, Akers was even better. He rushed for 221 yards and 2 TDs, catching three passes for 51 yards in two games.

After his strong end to the season, including a 171-yard game against the Patriots in Week 14, many saw Akers taking a step forward in 2021. He finished as RB45 in 2020 but was projected to be a low-end RB1 by many in 2021. His ADP currently sits as RB11. The Rams seemed to re-enforce that feeling, letting veteran Brown move on to the Dolphins without adding any substantial competition to the backfield.

Now, with Akers lost for the season, the focus shifts to Henderson, a Third-Round pick in the 2019 draft. Henderson was the nominal starter at the outset of 2020, finishing as RB36 for the season. He finished as RB36, the top spot for the Rams, posting 624 rushing yards and 5 rushing touchdowns while catching 16 passes for 159 yards and a touchdown. He started 11 games, struggling with injuries late in the season.

Henderson is clearly the best back left healthy on the Rams’ depth chart, which includes second-year players Raymond Calais and Xavier Jones along with rookies Jake Funk and Otis Anderson. I suspect the Rams will add a back, with veterans like Le’Veon Bell and former Rams’ starter Todd Gurley still on the market. They could also trade for a back, possibly a Royce Freeman from the Broncos. But Henderson figures to be the leader of the backfield, improving on his current ADP of RB48.

I project Henderson to finish as an RB2. If you’ve held on to him since your rookie draft, 2021 might well be your year. As for Akers, it’s a major injury but I believe he’ll return. If you have him, hold him for now. But if you can find a league-mate hitting the panic button in dynasty, he’s worth an add.

2 thoughts on “Rams’ Running Back Cam Akers tears his Achilles, ending his season”